This year’s charity auction Only Watch is going to feature a number of one-of-a-kind watches from best Swiss watch-makers. The participants are Breguet, Patek Philippe, Louis Vuitton and a lot of other well-known brands including Blancpain. It’s not the first time the Blancpain watches participate in this charity act. They took part in it from the very beginning, and it’s their 7th contribution to the auction. The timepiece they are going to present at Only Watch 2011 is Blancpain Villeret Grand Decoration. 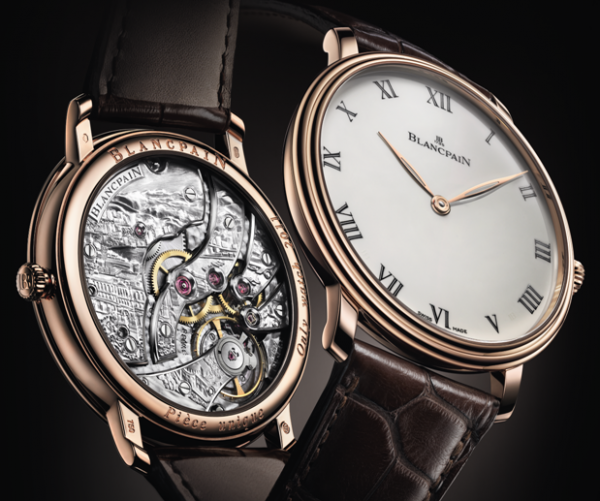 The Blancpain Villeret Grand Decoration watch has an outstanding style distinguished by vivid contrast. It contains white enamel dial with painted hour-markers and red gold hands which give it elegance and simplicity.

45 mm x 8.3mm red gold case make this watch really special. The Villeret Grand Decoration watch is also equipped by Blancpain Calibre 15 B, an ultra-thin hand-wound movement. The cambered grand feu enamelled dial covering it consists of only 12 painted enamel hour-markers and two hands in the red gold. On the back side there is detailed picture of the Rock of Monaco with surrounding landscape. This exceptional engraving of a typical Monegasque scenery introduces the Rock and its hinterland. 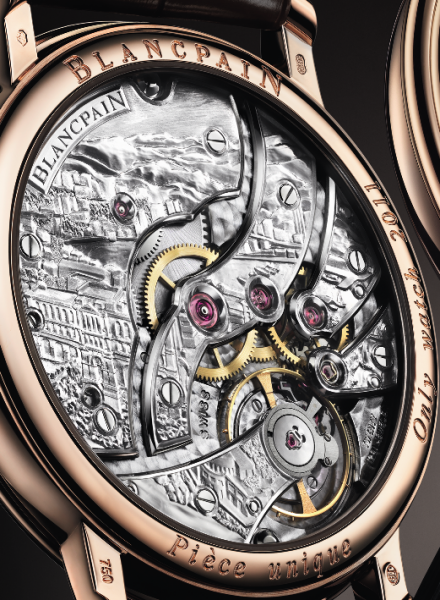 It is a unique timepiece was performed by Blancpain’s Master Engraver Marie-Laure Tarbouriech. She is the one to whom the credit for this special edition watch is due.

The upcoming Only Watch 2011 will be held on September 22, 2011 along with the Monaco Yacht Show and the money collected during the auction will be dedicated to support medical research on Duchenne muscular dystrophy.