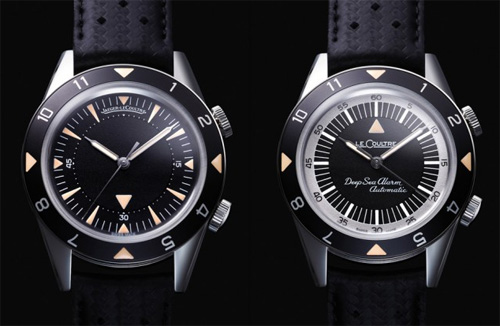 A new version of model Jaeger-LeCoultre Deep Sea was also decided to release in two versions. First and foremost, watchmakers increased the size of the steel hull from 39.5 hours to 40.5 mm, on the back cover the image of diver was saved, which also decorated the historical model. 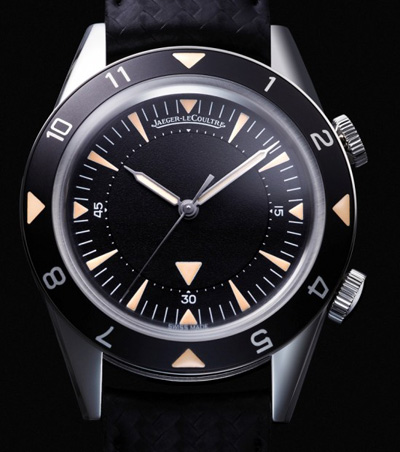 The European version of the clock in a new way is representing Jaeger-LeCoultre Classique 1959, has a matte black dial with luminous hour markers, and in the American version of the original model LeCoultre Special Amerique 1959, black center dial surrounded by a gray ring. Memovox Calibre 956 mechanism with 45-hour power reserve is installed in the clock. 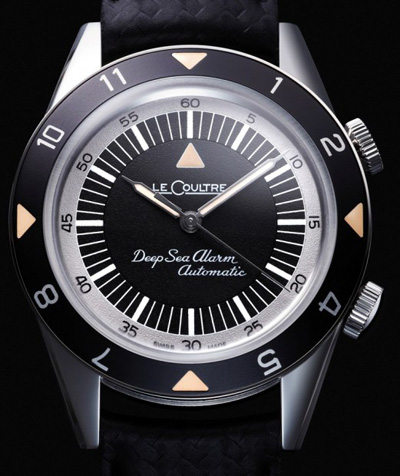 Jaeger-LeCoultre Memovox Tribute to Deep Sea for US (359 pieces)

Model for European fans of diving released in a limited edition of 959 copies, and the American version – 359 copies. The watch model is supplied with a black leather strap with a buckle made of stainless steel.