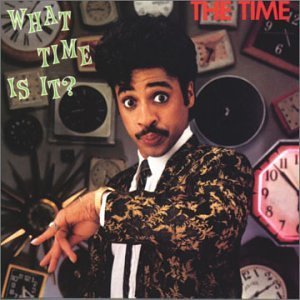 Here is a another small collection of jokes that have either a direct or indirect connection with watches and time. I’m sure that some of them will make you smile.

If twenty dogs run after one cat, what time is it? Twenty after one.

At lunch time, sit in your parked car w/sunglasses on and point a hairdryer at passing cars. See if they slow down.

A customer calls the round-the-clock tech support hotline to ask what hours the call center is open.

– The number you dialed is open 24 hours a day, seven days a week.
Says the technician who answers the call.

Customer asks:
– Is that Eastern or Pacific time?

Even though he could not tell time, my three-year-old grandson was wearing a watch when I visited. Later, when I was putting on my coat to leave, I asked him what time it was. He looked at his watch blankly, then brightened. “It’s time for you to go,” he answered triumphantly.

The church wanted to help their congregation cope better with the stresses of modern life, and decided to offer a course in Time Management.

Soon after the course was announced, a member telephoned the Pastor.

Time Gets Better with Age

I’ve learned that our dog doesn’t want to eat my broccoli either.
– Age 7

I’ve learned that just when I get my room the way I like it, Mom makes me clean it up again.
– Age 12

I’ve learned that although it’s hard to admit it, I’m secretly glad my parents are strict with me.
– Age 15

I’ve learned that wherever I go, the world’s worst drivers have followed me there.
– Age 29

I’ve learned that if someone says something unkind about me, I must live so that no one will believe it.
– Age 30

I’ve learned that the greater a person’s sense of guilt, the greater his or her need to cast blame on others.
– Age 46

I’ve learned that children and grandparents are natural allies.
– Age 47

I’ve learned that motel mattresses are better on the side away from the phone.
– Age 50

I’ve learned that you can tell a lot about a man by the way he handles these three things: a rainy day, lost luggage, and tangled Christmas tree lights.
– Age 51

I’ve learned that making a living is not the same thing as making a life.
– Age 58

A man is at Grand Central Station waiting for his train that leaves at 6 p.m., but he has forgotten his watch. So he looks for someone to ask the time. He spots a guy carrying two suitcases and sporting this fabulous hi-tech watch, so he asks him for the time and the guy replies:

– How many countries have you got?

– All the countries in the world!

– Wow! That’s a pretty cool watch you’ve got there.

– That’s nothing, this watch also has a GPS facility, fax, e-mail and can even receive NTSC television channels and display them on its miniature active color pixel LCD screen!

– Boy, that’s incredible. I wish I had a watch like that one. You wouldn’t consider selling it by any chance?

The watchless traveler can hardly whip out his checkbook fast enough to hand over a check for $900.
The seller takes off the watch and gives it to him.

“Congratulations, here is you new hi-tech watch.” Then, handing the two suitcases over as well, he says, “And here are the batteries.”

The 12-year-old boy stood patiently beside the clock counter while the store clerk waited on all of the adult customers first. Finally he got around to the youngster, who made his purchase and hurried out to the curb, where his father was impatiently waiting in his car.

– What took you so long, son? he asked.
– The man waited on everybody in the store before me but I got even.

The youngster explained happily:
– I wound and set all the alarm clocks while I was waiting. It’s going to be fun at eight o’clock.