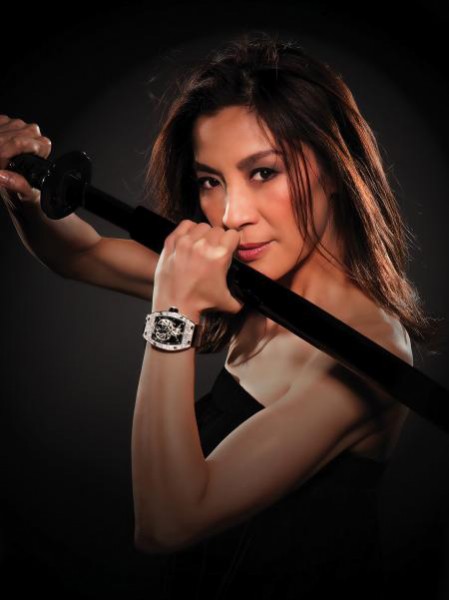 Richard Mille RM 051 Phoenix watch was created for women seeking sophisticated design combined with highly technical characteristics. The story of Richard Mille watch is closely connected with a well-known actress – Michelle Yeoh. She takes the credit for the RM 051 design. Her artistic talents and, deep knowledge of female tastes, preferences and the subtle sense of luxury, strongly impressed Richard Mille, that is why he had decided to trust her the creation of this timepiece.

So, nearly a year ago, Michelle Yeoh happily accepted to take part in this exciting project together with Mélanie Treton-Monceyron, Richard Mille’s Artistic Director. The main traits of the Richard Mille watch were agreed to be elegance, lightness, functionality and romanticism.

Michelle Yeoh, a born Malasian, found inspiration in Asian mythology. That’s why the symbol of phoenix is used in the design of Richard Mille RM 051 watch. This legendary bird symbolizes the Empress’s emblem in China, and is also known as the kindest of all birds. The beauty of phoenix is boundless, both outer and inner. After living for several centuries, it’s going to burn into extinction one day, to rise from the ashes. Being the symbol of feminine beauty, grace and strength, phoenix embodies five human qualities: virtue, duty, justice, goodwill and reliability. Now transferred into the world of horlogerie, phoenix entered an infinite dimension. The Phoenix in the RM 051 is fully covered with diamonds and laid above the movement, with power reserve and tourbillon. This complex and highly elegant timepiece is a genuine work of art. 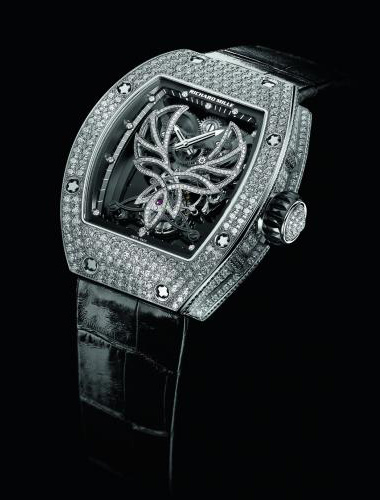 Another feature of the Michelle Yeoh RM 051 Phoenix watch is its case, which is made of Onyx. This gemstone is well-known for its ability to absorb all negative energy and giving emotional stability.

Michelle Yeoh’s favorite number is 18 and the new Richard Mille watch – RM051 Phoenix will be released in limited edition of 18 pieces.