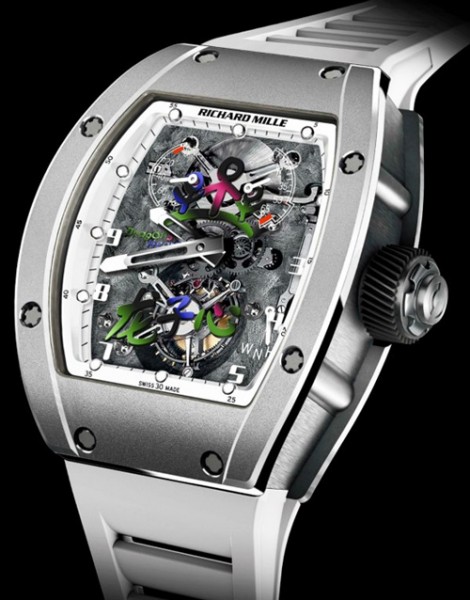 Richard Mille is going to present a unique timepiece, RM 055 JC Tourbillon, created especially for Jackie Chan’s auction sale, which will be held in Beijing on 14th September. The auction is for supporting less favourable children in remote areas. The case is supported through Jackie Chan’s charity foundation, the Dragon‘s Heart, which Richard Mille regards as a very worthy cause. That’s why he has created a special watch for the auction, Richard Mille RM 055 JC Tourbillon, in collaboration with Jackie Chan and Artistic Director of the brand-Mélanie Treton-Monceyron. 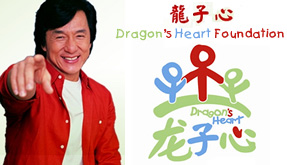 They both worked very hard on the logo of Richard Mille watch and came up with a symbolic one. It involves the colours of red, blue and green which are placed in the heart of the whole movement and it naturally represents Jackie Chan holding hands with two children. This graphic and somehow poetic symbol speaks of childhood, love and sharing. All these values are equally dear for Jackie Chan. The inscription Dragon’s Heart is situated under the logo and is written both in English and in Chinese. It also uses the colours of the emblem. 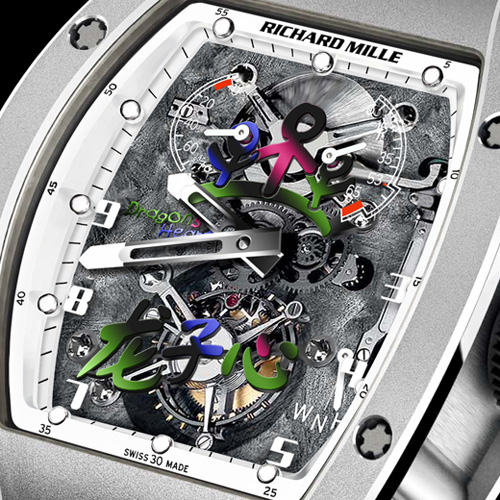 This Richard Mille watch has a tourbillon based manually-wound movement with the time, power reserve and torque indicators. On the rear of the Richard Mille RM 055 JC Tourbillon “Foundation Jackie Chan” is mentioned and a dragon as Jackie Chan’s symbol is stamped at the center.

The money from the auction will be used for helping children in remote areas through the construction of new schools. In fact, 20 have already been built since 2004.