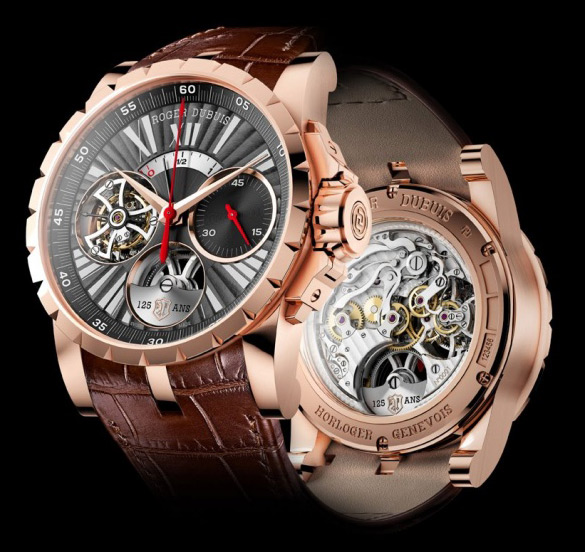 he true adherer of quality standards the watchmaker, Roger Debuis launched limited in edition of 8 pieces – Excalibur Flying Tourbillon Chronograph watch. This watch is the first model to correspond to the new criteria of the Poicon de Geneve. Now this criteria regard practically all the watch characteristics, including water resistance, power reserve display, workmanship and accuracy, as well as reliability and others. 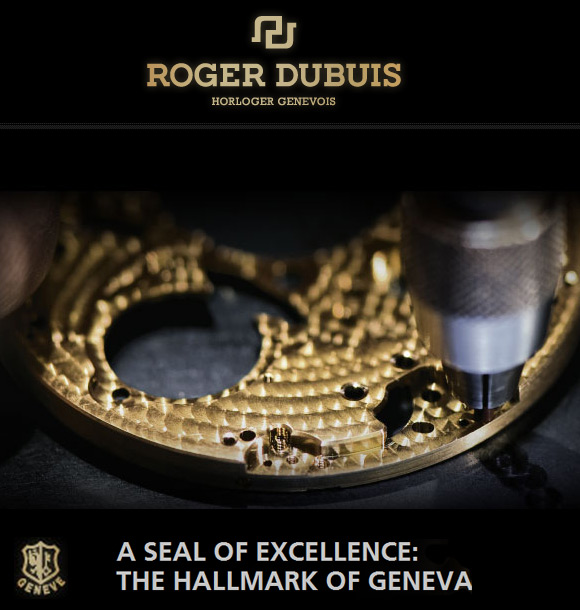 In a whole Roger Debuis Excalibur Flying Tourbillon Chronograph is an haute-horology single-pusher timepiece fitting the brand new calibre RD580. This awesome wristwatch is housed in a45 mmpink gold case. Its micro-rotor made of platinum is visible through the dial – the thing I like the most.

Moreover Roger Debuis Excalibur collection has some new features: power reserve display at twelve o’clock, flying tourbillon at nine o’clock and the 45-minute chronograph at three o’clock. As an exception the oscillating weight of the Excalibur Flying Tourbillon Chronograph wears “125 ans” inscription on its exposed portion usually stamped only on the movement. 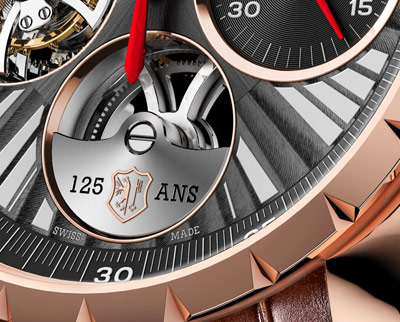 And Roger Debuis’s desire to correspond to all the previous and modern Geneva Seal standards says that this watchmaker is always ready to pursuit the excellence. And the choice of this watch is perfectly reasonable.