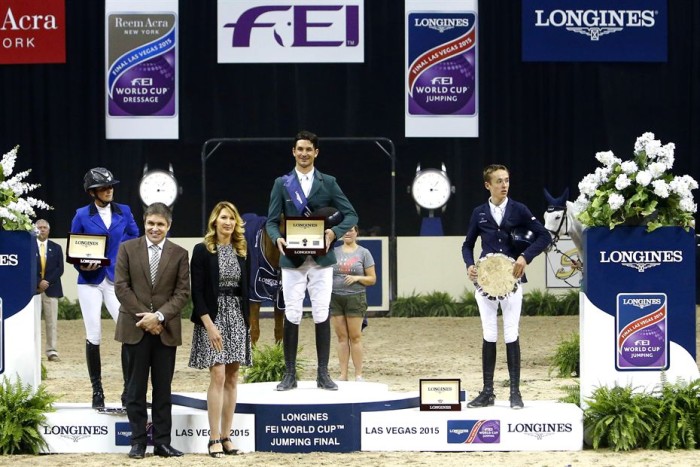 This year the tournament took place in the entertainment capital and became a thrilling show- as usual for Las Vegas. Horse riders one by one made mistakes and some had late rail.

As for the winner, Steve Guerdat believed in his horse. Guerdat was always in the 10 of leaders during previous competitions but this time together with Albfeuhren’s Paille the “fighter” as Steve called the horse earned the first prize in competition. 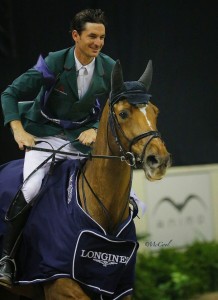 The second place went to Penelope Leprevost from France who managed to jump with Vagabond de la Pomme at 1 point 60 meters with spreads up to 1 point 70 meters. Irish sportsman Bertram Allen on Molly Malone V got the third prize.

As a tradition, the finalists were gifted with stylish Longines timepieces. For the 2015 tournament Longines chose a stainless steel Longines Conquest Classic Moonphase as the official timepiece of the competition. This watch model was presented earlier on Baselworld 2015.

Longines Conquest Classic Moonphase fits an automatic mechanical movement in a 42 mm case. The watch Caliber L678 is manufactured by ETA according to Longines order and merges a moon-phase display with a chronograph. The silvered version dial displays the moon phase at 6 o’clock and echoes perfectly with the equestrian sport athletes’ fineness.

The Longines’s interest for the equestrian sports started in 1878. By this time Longines produced a chronograph engraving it with a jockey and a mount. In the year 1912, the company firstly partnered with a Portugal international show jumping competition. Today Longines leds its name to the to the FEI ranking for jockeys who want to participate in jumping trial show and is Official Partner of the Longines FEI World CupTM Jumping (3 series) and The Final as well.

On the 19th of April, the last day of competition, Stefanie Graf honored Thomas & Mack Center with her presence. Being Longines Ambassador of Elegance and female tennis icon together with Juan-Carlos Capelli the Longines Vice President and Head of International Marketing decorated jockeys with medals. 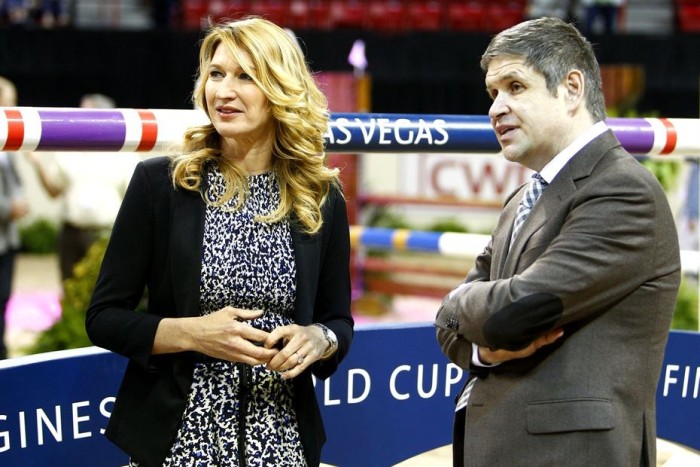