on: Apr 05, 2012In: Vacheron ConstantinNo Comments 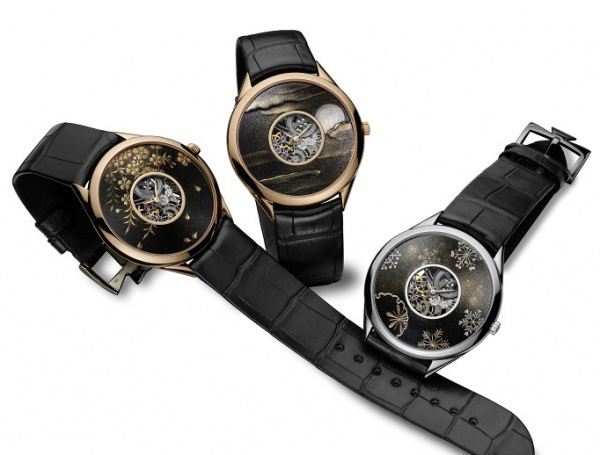 Vacheron Constantin has been continuing to surprise the public with its extraordinary watches. Recently the famous watch manufacturer has introduced a new set of watches in La Symbolique des Lacques collection at the exhibition in Milan. This is its third and unfortunately the last set in the Vacheron Constantin watch collections devoted to the beauty of nature. The previous two sets appeared in 2010 and 2011 accordingly.

This time Vacheron Constantin worked in cooperation with the Japanese lacquer manufacturer Zôhiko and used its techniques of lacquer coating called maki-e (trans. sprinkled picture). That’s the reason why all the models in the new set bear Japanese names. 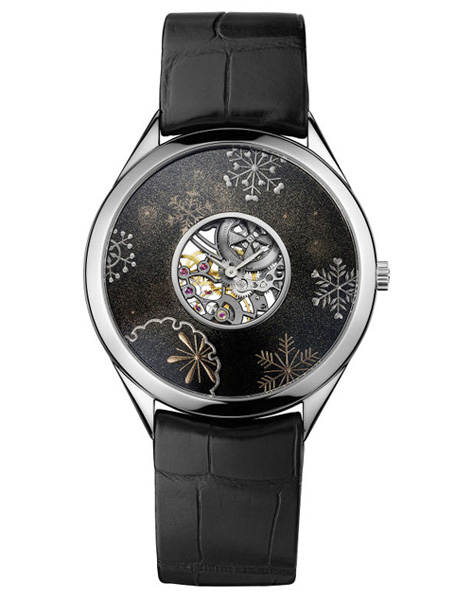 The coating of Yukimi watch depicts the winter snow. The face of this model is adorned with frail silhouettes of snow crystals and snowflakes, which stand out against the background covered with black lacquer. And its case-back is graced with images of conical bamboo constructions used in Japan for protecting trees from snow. 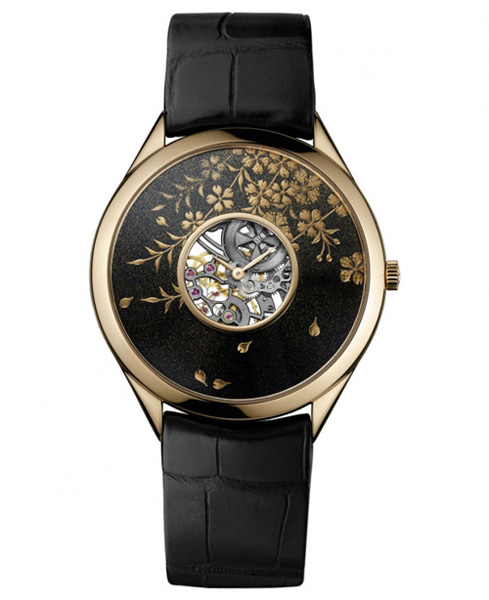 The Hanami watch is decorated with cherry blossom and its back features willow leaves. 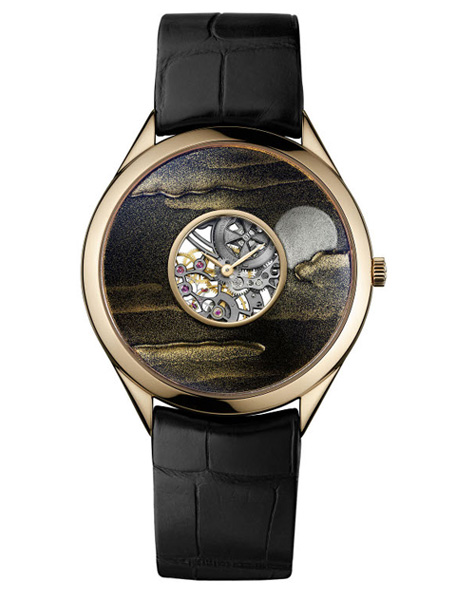 The dial of Tsukimi watch exposes the full moon in autumn slightly covered with clouds. In all the models golden and silver dust has been sprinkled on the wet black lacquer. Such combination creates an astonishing visual effect.

Every watch is made of 18-carat gold and is driven by Cal 1003 movement. The La Symbolique des Lacques collection is one more attempt of the Vacheron Constantin company to unite different cultures together. The new collection is a limited edition and every model comprises only 20-pieces.