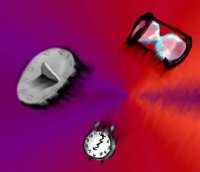 Did you know that Breguet was the most preferred watch of the Russian Tsars and it was also worn by Napoleon at Waterloo? Did you know that when Sir Edmund Hilary climbed Mt. Everest (the first human to conquer the mountain) in 1953 he wore Rolex Oyster? Watches were always linked with time, however time was not always connected to watches. Philosophers and scientists has been studying time for more than 2,500 years. “Veritum dies aperit” (Time discovers the truth) Seneca De Ira.