Watch and Jewelry Material of the 21st Century 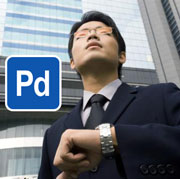 Jewelry and watch makers have recently made wide use of a material that is quite new in the luxury goods field. The unique qualities of this platinum-group metal will make one wonder why it has stayed in the shade for so long.

The name of the ‘mysterious’ metal is palladium. It was first identified in 1803 and named after Pallas, the companion of Athene, Goddess of Wisdom in Greek mythology. Palladium has partially replaced platinum as a precious metal since 1939, while the latter was reserved strictly for military purposes. Only nowadays palladium has found a much wider use in watch and jewelry making. 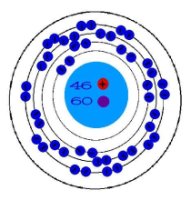 Palladium has been highly appreciated first of all for the purity and luster of platinum but with even whiter color. Its bargain-price sets it apart from other precious metals. Palladium is hypoallergenic, a great advantage especially if compared to nickel that is often used as an alloy with gold to make it white. About 10 percent of people are allergic to nickel, so it is presently banned by law to use nickel in jewelry making in the U.S. and a few countries of Europe.

Palladium is naturally of a silver-white shade – there is no need for combining it with any other whitening alloy or plating. The malleability is one more important characteristic of the metal that makes it easy to work with. It is also lighter than platinum.

The beauty of palladium has long been discovered by watch makers. However, the alloy turned out to be too soft to correspond to the production standards of a watch case. The alloys used today provide the suppleness and the ductility necessary to withstand all sorts of mechanical treatments. 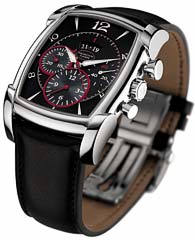 Watches produced from palladium are often thicker and higher. They are distinguished by more rounded, sometimes even dome-like cases and bracelet links. This way watchmakers improve their creations’ design without additional weight. The Swiss watch industry has recently given preference to palladium as an alternative to white gold. Cartier has developed a successful palladium model of its Pasha watch. There also appeared palladium collections of Ulysse Nardin and Parmigiani Fleurier.

Palladium the same as red gold is likely to be mostly used in the production of limited and special editions. This is explained by the rarity of the material. The fact that the metal does not require rhodium plating makes it really cost-saving, as rhodium is highly-priced. Palladium is malleable that means it can be worked to a high degree without getting brittle. Moreover, palladium is harder than platinum, so it is ideally suitable for gem-setting.

The unique qualities mentioned above, and in particular its white color that does not tarnish as well as its high purity level make palladium one of the most valuable materials used by the modern watch and jewelry makers.