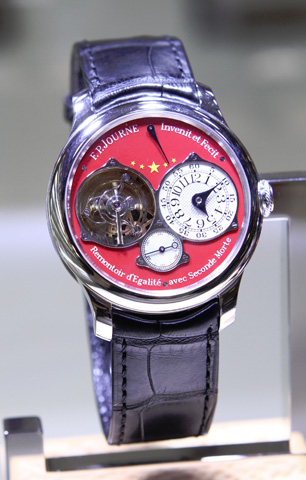 As a tribute to its Chinese customers and the desire to show how much F.P. Journe appreciates their business the high-end luxury watch brand has released F.P. Journe China 2010 Tourbillon Souverain Special Edition – five exclusive watch models.

This fact also reflects the recent opening of the sixth brand boutique in the Yintaï Center in Beijing. And it is not surprising as more and more horology houses and high-end brands are opening up shops in China’s wealthier regions. So F.P. Journe is not the exception.

Among the main reason for that tendency I can name the peculiarity of the Chinese customers who seem to take brands with their own stores more serious, as opposed to others which are only placed in third-party stores.

F.P. Journe China 2010 Tourbillon Souverain Special Edition watch is housed in a platinum case with a special dial, resembling the Chinese flag. The 5 yellow stars of the flag represent the 5 regions of the People’s Republic of China, and at the same time indicate the power reserve. 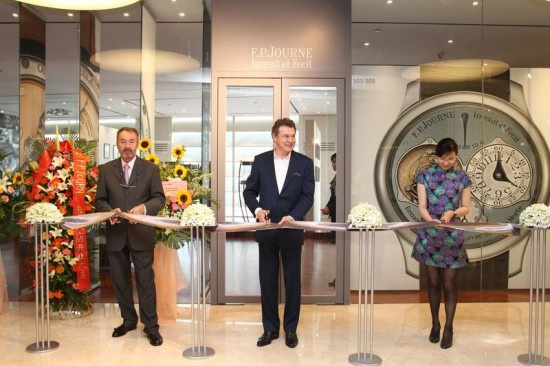 Moreover the watch features not only the tourbillon on the dial, but also the time in an offset dial, as well as a subsidiary seconds dial.

F.P. Journe China 2010 Tourbillon Souverain Special Edition watch really fits the proud Chinese industrialist pretty much reflecting the atmosphere of the Chinese communism. But be aware of the watch limited amount. As I said, there are only five of these models.