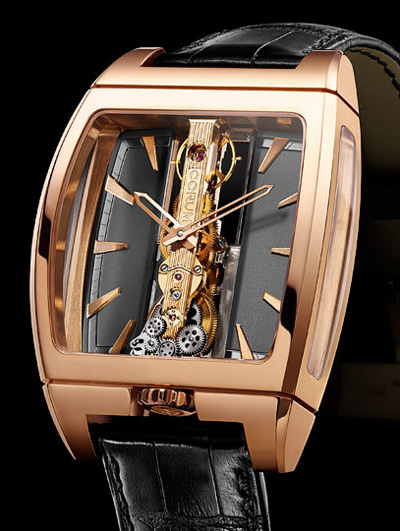 The special mechanical movement is a strong feature created by Golden Bridge since 1980. At that time the innovation in construction of the movement started a new stage of development in horology. The Corum company is ready to reach new levels in making of watches with presentation of an automatic version that is accompanied by linear winding. Officially it will be introduced on Baselworld 2011. The limited edition watch of the automatic version is performed in a golden case (70 pieces in white and 130 in red gold). 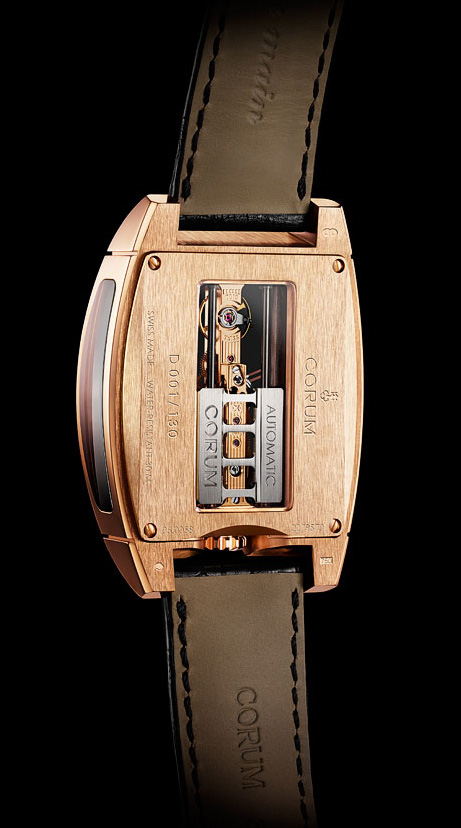 Corum Golden Bridge Automatic timepieces will gently tight the wrists of its lucky wearers by crocodile leather straps with golden buckles. More than four years of laboratory testing to find proper materials and to develop the exclusive Corum Caliber C0313 were needed to be able to offer such a unique watch for audience. Visible from both sides of the case, a platinum linear oscillating weight is the most unusual part of it. The movement is ready to function for 40 hours according to its reserve of power. 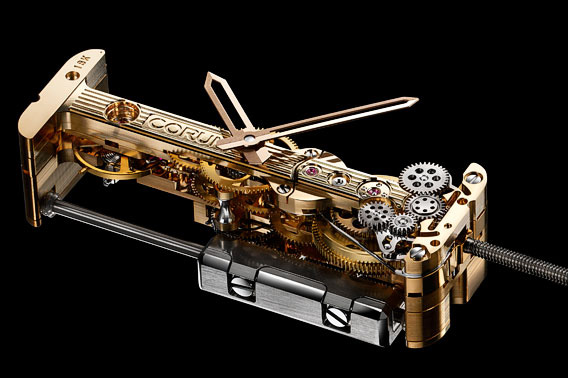 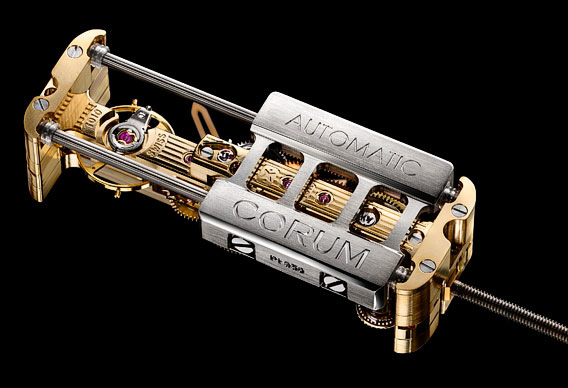 Corum watch with its rare mechanism gets best performance because of special combination of the materials in it. After such a long way to perfection the first 200 samples will see the world in 2011. The newest movement the wearer should be proud of, is visible on watch dial to inspire your own movement.

Corum Golden Bridge Automatic will be released in two versions with 18 karat of White and Red gold, 130 and 70 pieces.