on: Oct 29, 2009In: Celebrities and FashionNo Comments 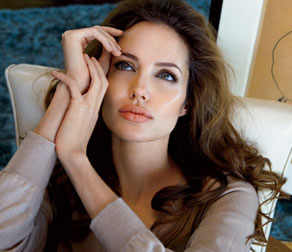 Ridley Scott is again in the saddle. But this latest news doesn’t concern a new project. The English producer has long talked about doing a movie about the Gucci family.

The plot would reflect Gucci’s family squabbles that ruined the Gucci biz until Maurizio, the grandson of founder Guccio Gucci, became the new head of the design house.

During its glamorous and heady days in the 1970s and ’80s Gucci family was selling $500 million in luxury products annually. Then in 1995, as he was about to debut a line designed by then-newcomer Tom Ford, Maurizio was gunned down by a hitman in front of his Milan apartment.

The story took an uglier turn when his ex-wife, Patrizia Reggiano, being convicted for plotting Maurizio murder and even hiring the killer, was sentenced to 29 years in jail.

Scott has offered Angelina Jolie Reggiani’s part. Slovak and Czech by origin, Angelina Jolie has a typical Italian appearance. Thus she perfectly suits the role as both women certainly have a formidable edgy glare.

Not getting on the bad side of the resemblance, it is also said Ridley has reached out to Leonardo DiCaprio, rather predictably, to play Maurizio. He’s not attached yet, but then neither is she.

It is rather hard to imagine these two actors together. I am not blanking on something but a real diamond needs a good chase. In another case Jolie may catch that ill-fitting look just like in “The Good Shepherd” with Matt Damon.

Scott has more anticipated projects on his plate, like the “Alien” prequel, the “Monopoly” board game adaptation, and at least two films set to go depending on what happens with Monopoly and how long we have to wait for Brave New World. But Scott is still actively developing “Gucci.”

Anyway the film is a reported priority for Fox 2000, which is processing to hire someone to rewrite the script. When we get this movie might be the real story to watch.