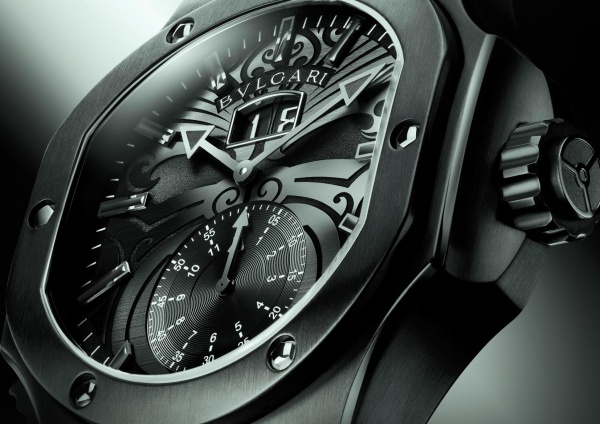 A number of exciting charity auctions will take place in September, among them some of the most famous horology events, such as Only Watch, Antiquorum Auctioneers’ sale in New York (September 14th) and Bremont C-17 Special Edition Squadron watch auction. And this year “Rugby Nations Unite for Christchurch” announces a new event-their own auction based on raising funds for the NZ Government’s Christchurch Earthquake Appeal. The event will take place in Paris at the Hôtel Royal Monceau on September 2, 2011. The main focus will be put on various epic items from history of rugby.

One of the central items is BVLGARI Chronosprint Endurer All Blacks Watch. The piece is from the special series which was designed in cooperation with the well-known New-Zealand team All Blacks. This unique BVLGARI watch bears the earthquake date which happened in New Zealand in February 2011. 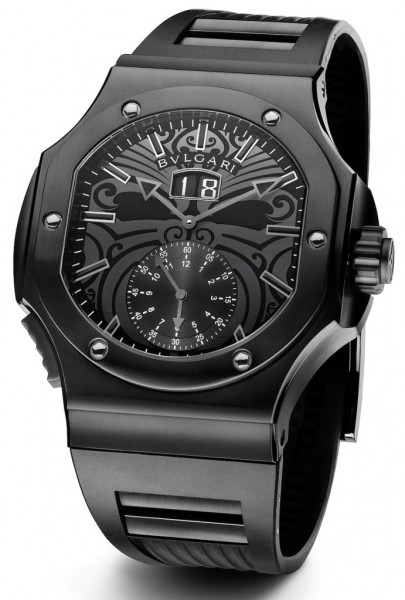 The BVLGARI All Blacks watch comes in a DLC-treated case 56.5 mm in diameter, and is crafted in stainless steel. The dial of the watch represents the traditional Maori motif. The design itself is based on the old Daniel Roth watch, a company that has once been united with the BVLGARI watch. The watch has a chronograph which counts the minutes up to 12 hours. It highlights a big date display and features an in-house made Daniel Roth caliber DR1306 with 34 jewels, 28,800 vph and a power reserve of 45 hours.

In addition to this original timepiece, the BVLGARI Chronosprint Endurer All Blacks, all rugby fans in the world will have the opportunity to bid for a number of other interesting items, among them a sculpture signed by Jean-Pierre Rives, a Toulouse Team signed guitar, a jersey signed by Jonah Lomu and another signed by the All Blacks team, a rugby ball from the 1920s and several others.