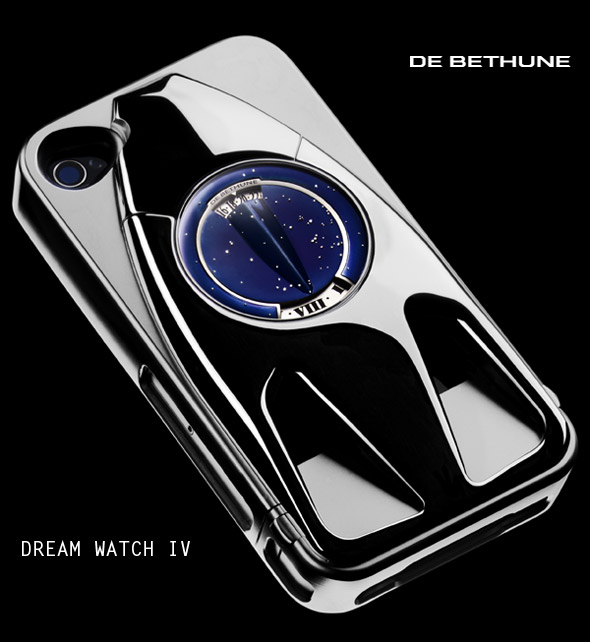 Recently this world has lost one of the 20th century genius – Steve Jobs. PC designer, Apple co-founder, iPhone inventor, this creative person had so many ambitions and cancer disease unfortunately. He was mad on simplicity, functionality and beauty. It was he who gave us the new era of touch screen.

To pay tribute to the great inventor De Bethune created a new Dream Watch IV Case for iPhone 4S. The watch dial is the exact copy of the latest De Bethune watch presented on the Only Watch 2011 auction.

The new De Bethune Dream Watch IV is “spaceship-inspired” and will be limited in edition of twelve pieces. The timepiece is made of titanium which was bead-blasted and polished. Some words about the eye-catching dial. The 18k white gold and diamond stars on the dial match perfectly the deep blue color of titanium. The spine shows time on the silver minute and hour disks.

To my mind the last Dream Watch IV for iPhone 4S reflects the idea of a 21st century pocket watch better then it did the previous DBM model – a traditional two-hand watch fitted in a brown crocodile leather cell phone case. 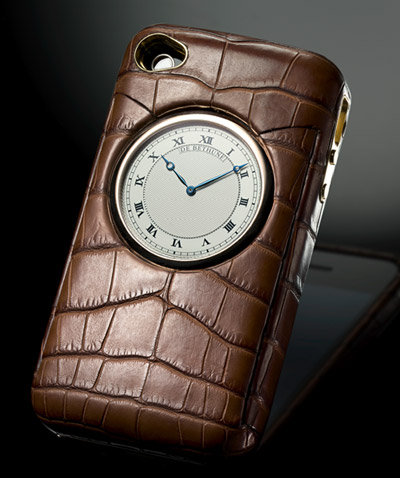 The iPhone 4S Dream Watch IV Case is also said to protect the owner from the cell phone damaging waves. In the purely mechanical watch model De Bethune used brand DB2105S caliber with twin barrels, as well as silicon-platinum annular balance. The horology house is going to exhibit Dream Watch IV during the SIHH 2012, which will be held on January 15-20, in Geneva.