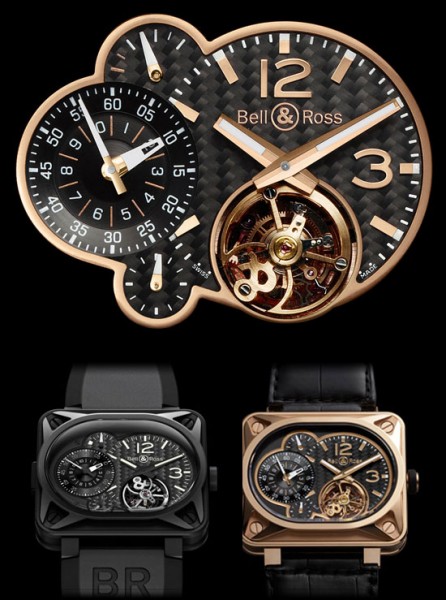 BR Minuteur Tourbillon has a reliable and accurate mechanism that combines timing function as well as some watchmaking complications which are: Timer with Flyback, Tourbillon, Independent Small Second and Reserve Indicator. 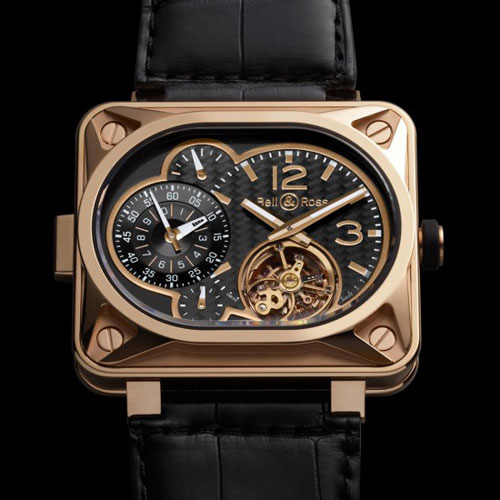 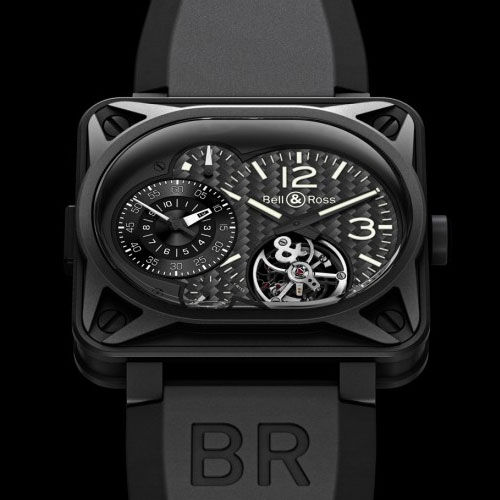 There are two dials in the BR Minuteur Tourbillon:
– the right one is the large Clock, which is made for giving information about the time and is operated by the tourbillon;
– the second one is the independent Timer, which is situated on the left of the dial and it’s function is to measure all time intervals from some certain chosen moment.

The tourbillon helps to control simply the time display without creation any complications. The tourbillon of the BR Minuteur is the invention that has made the work of Swiss master watchmakers and engineers much easier not mentioning the fact that it has faced the challenge of mechanical laws of physics. 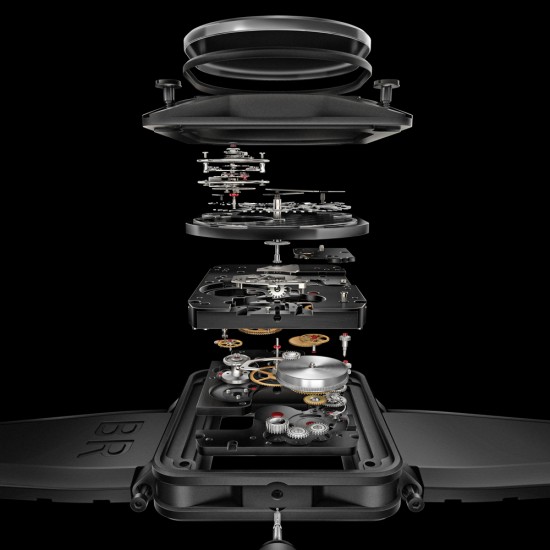 BR Minuteur Tourbillon consists of additional counters which are situated above and below it’s Timer, they are:
– Independent small seconds;
– A power reserve indicator that gives the operating time which remains on a three day scale.

Extra strength of the watch is represented through the aluminium of the movement bridges and through the carbon fiber of the dial.

Bell & Ross BR Minuteur Tourbillon is not only a high-level advanced wristwatch which contains the most powerful functions but it also has a very unique, exceptional and an incredibly sophisticated design which makes it even more attractive and desirable.