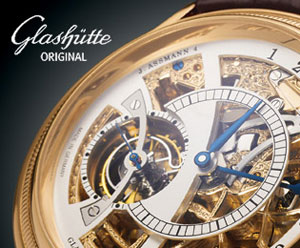 Glashutte Original watch manufacture has unveiled a new timepiece for the legendary Assmann edition called Julius Assmann. The watch is dedicated to one of the greatest Glashutte watchmakers J.Assmann and to the occasion of the 155th anniversary of the founding of J. Assmann Glashütte/i. Sa.

The new model of special Julius Assmann series is supplied with a skeletonized mechanism and dial, tourbillon and great mechanics of manufacture Caliber 46. The movement of the Julius Assmann 4 is hand wound with retrograde hours. The timepiece is protected against humidity. As all manufacture’s mechanisms, Caliber 46 with hand winding has all the elements traditional for Glashutte original.

Moreover due to unique case design made in 18K rose gold it is possible to wear the timepiece either as a pocket (on a gold chain) or as a wrist watch (on a strap made of crocodile leathers). 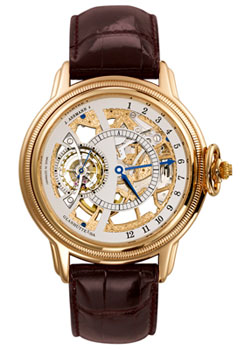 The masterpiece is made in limited edition series consisting of just 25 pieces-it has already become a tradition for Julius Assmann models.

Julius Assmann is one of the brighest names in the history of famous Glashutte watch city Glashütte in Saxon.

By creating such a marvelous timepiece Glashutte watchmakers and designers have once again proved their fascinating talent. The transparency of the dial gives the possibility to see one of the greatest technical watch art achievements-tourbillon.

Each of 25 timepieces is engraved with a special number that accentuates their exclusivity.

Julius Assmann 1, created in honor of the 150th anniversary of Glashutte watch production was special due to the new design of a flying tourbillon.

Julius Assmann 2 was created in collaboration with famous by its tradition Meissen Porcelain Manufactory. As for Julius Assmann 3, it was dedictaed to the 175th birthday of the famous Glashutte Original watchmaker.