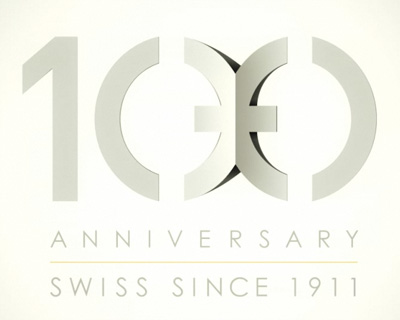 On 15th July 2011, in La Chaux-de-Fonds, EBEL celebrated 100 years of watchmaking.  The most important native of La Chaux-de-Fonds, the brand is Eugene Blum and Alice Levy, who had survived over the past century, all sorts of not just the ups and downs but still with its own industry. However, in the last twenty years, they can boast of four different owners:  Investcorp, Pierre-Alain Blum, LVMH, and MGI Luxury Group – to which today they belong.

With presidents and Luke Oprinsen Marc Michel-Amadry were interviewed in order to shed some light on Ebel, which passed through the economic crisis of recent years, certain amounts. Jewelers began again to pay attention to their local customers and Ebel watches have a significant benefit. They cite a 20% increase in turnover in 2010 on the major markets the brand in comparison with 2009: Germany, Switzerland, and the Middle East.

This fall in honor of 100th Anniversary Ebel will launch 2 mechanical watches: The Classic 100 and The 1911 AoT (Architects of Time). 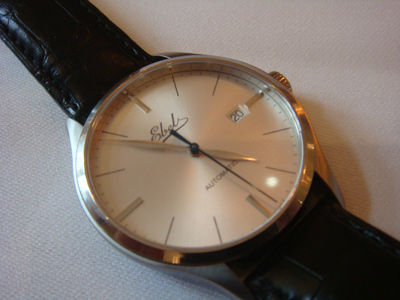 Ebel Classic 100 watches with classical design will be released in limited edition of 1,911 pieces,  and the price of each will be 1,911 EUR. 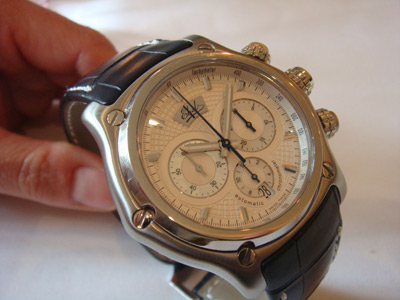 As for Ebel’s 1911 AoT it will be released in two versions:  in stainless steel (500 pieces) and rose gold (100 pieces). The 1911 Aot equipped with Ebel’s own Caliber 137 and 44.5 mm case is also outfitted with special dial featuring the anniversary logo.

“You must do what you’re doing the best” – said Oprinsen describing the new created watch models which were presented at Baselworld 2011. The first is, of course, the new edition of the brand’s Classic Sports Chronograph. Amadry, who was responsible for the design aspects of the collection announced that the new timepiece consists of 41 millimeter stainless steel model is powered by a quartz mechanism, and therefore this model is well conceived and is unisex. As evidenced by the soft rubber strap, which may be available in other fashionable colors in the end of this year.

New versions of quartz Beluga and Brasilia models are equipped with new faces with Roman numerals, and they made their debut. Ebel watches primarily known for its own women’s watches, which make up about 75% of its sales worldwide.