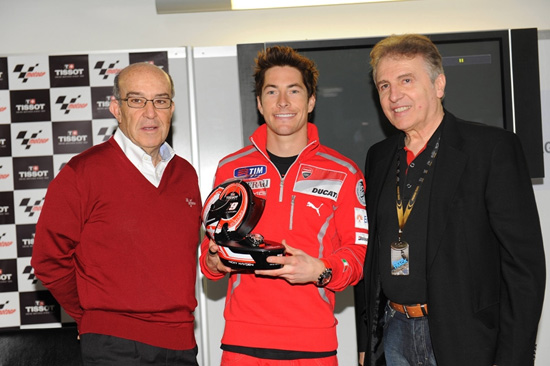 Before the first race of this year of the World Championship in Doha, Tissot T-Race MotoGP watch was presented officially by the president of the famous watchmaking company Tissot. This season will count 11 years already of the partnership between Tissot and the biggest world motorcycle racing championship. Tissot watch keeps its honored responsibility for the timekeeping with new releases coming especially due to this event. 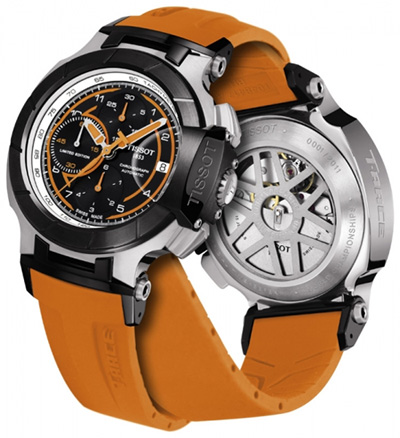 The Swiss company president gave a comment to the mass media about the essence of the long-term partnership with MotoGP Championship. The commitment of Tissot is to provide the quality and precision to the whole world, but as Official Timekeeper for this World Championship it is a chance to prove by special addition of MotoGP watch the great experience of the timekeeping for more than 350 kmph speed motorbikes. Carmelo Ezpeleta (Ceo of Dorna Sports) in return gave positive comments about long partnership between the top company and the top sport event.

New Tissot T-Race MotoGP Limited Edition watches for the 2011 are presented by two models – quartz and automatic. Both of them are sporty with rubber strap of orange color and black and silver case with high-tech design. The quartz model will be limited to 8,888 pieces; the automatic model with super C01.211 chronograph will be presented in 2,011 pieces. And 2011 special edition watch dedicated to their popular ambassador Nicky Hayden.

One more model, unlimited Tissot MotoGp watch in silver, black and red finalize the three presented for this season.