Invertors Developed the Most Accurate Clock in the World 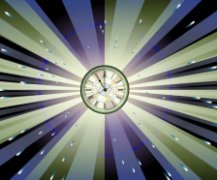 Inventors have developed what they claim to be world’s most accurate atomic clock. This clock makes a huge step towards improving the precision of navigation around the world.

It is worth mentioning that the high-precision atomic clock is based on several thousand strontium atoms that are caught in the network of laser light. Its accuracy is two times better then the accuracy of the current U.S. time standard, which is based on a so-called “fountain” of cesium atoms.

The creation of world’s most accurate clock is also considered by scientists to be an attempt to coordinate telecom networks and deep-space communications.

The new atomic high-precision clock of the next generation was firstly unveiled in the journal Science by Dr Jun Ye together with his associates at JILA, US. They were able to connect the atomic clock to existing clocks with the help of a special fiber optic link, which is extremely important in case the clock is going to be used as the timekeeping standard.

According to Daily Telegraph, because strontium atoms absorb higher frequency light than previous clocks, which are based on longer microwaves, such optical clocks register shorter as thus more accurate “ticks,” and namely 430 trillion per second.