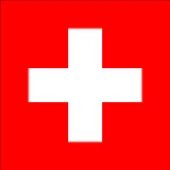 Swiss custom were able to seize not less than 5,200 fake watches and jewels during the first months of 2007. This figure is almost the same as in was the last year, when Swiss customs seized 5,500 counterfeit timepieces and jewelry.

The officials from the Federal Customs Administration state that customers pay for their orders using credit cards, however they are not always aware of the risks implied. Quite often products bought via internet turn out to be counterfeits.

It is worth mentioning that to examine all packages that include works made of precious metals, including watches, is custom’s legal activity.

In case the works do not meet the prescriptions of Switzerland the country’s customs may return the works to the sender or simply destroy them. Thus people may end up with an empty wallet.

Due to the strict rules at the Swiss boarder precious metal inspectors worn customers to to purchase luxury watches and jewelry on Internet, unless their supplier doesn’t take the responsibility to refund them in case the merchandise does not enter the territory of Switzerland.