Celebrities and Their Favorite Watches 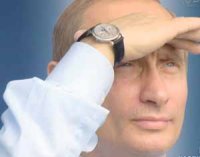 Celebrities – some people love them and some hate them, but we all love to see what they wear and how they behave. This is probably because people want whether to have just the same things celebrities enjoy or simply make fun of them. Both politicians and showbiz stars want to be stylish, and surely one of the most popular accessories is a watch, whether mechanical or quartz.

Below there is a list of celebrities who were spotted wearing exclusive and extremely expensive watches from popular watch brands.

In case you are not bored yet check out interesting statistics regarding the watch industry:

See more celebrities and their watches.