4th Collection of Watches in Movies 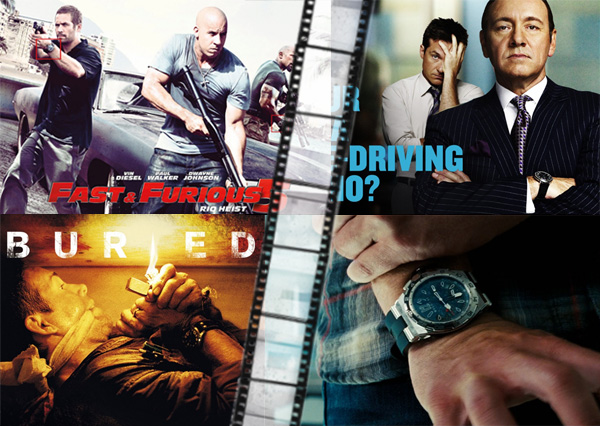 Oh, you don’t even need to answer my question if you are now looking through this article. This is the Part 4 of my watches in movies collections. If haven’t seen them yet feel free to view a leave a comments (here are Part 1, Part 2, Part 3 of watches in movies).

Despite of the actresses’ pregnancies, divorces, film directors’ heart-attacks, tsunami in Japan, war in Iraq and European economic crisis films were shot one after another. According to Imdb statistics 7,054 films were shot in 2010 and 10,422 in 2011.  Searching through the most viewed and interesting films I’ve managed to make a nice collection of watches in movies. Tell me what film and watch you liked the most. 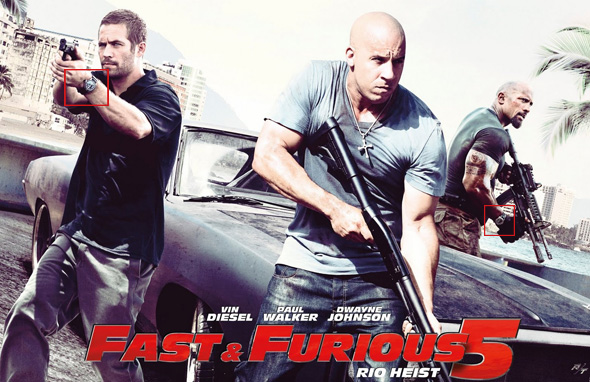 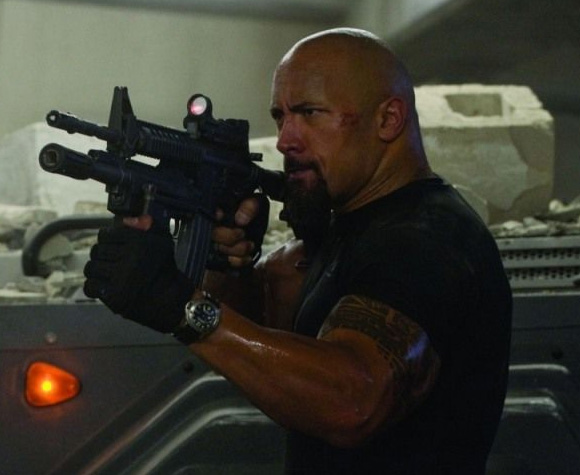 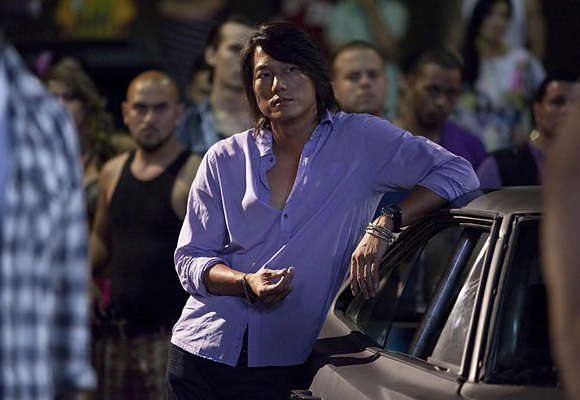 In that movie Matt Damon in Coleman NightSight watch tried to change the reality. He was helped by Anthony Mackie, who wore Timex Indiglo WR 50M. Both two watch models Coleman NightSight and Timex Indiglo WR 50M are rather boring for such an outstanding personages – David Norris and Harry Mitchell. May be this is the way director wanted to show that sometimes an ordinary person makes challenges, which couldn’t ever be expected from him. 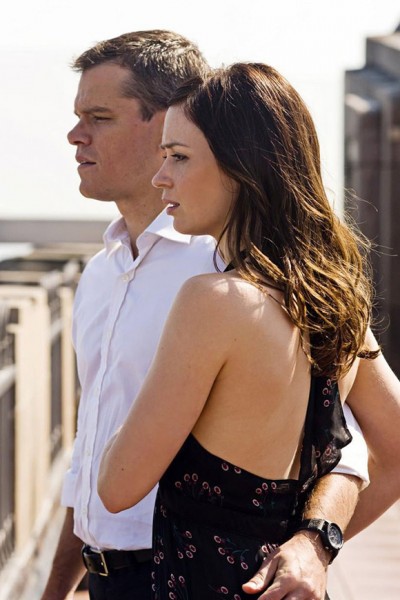 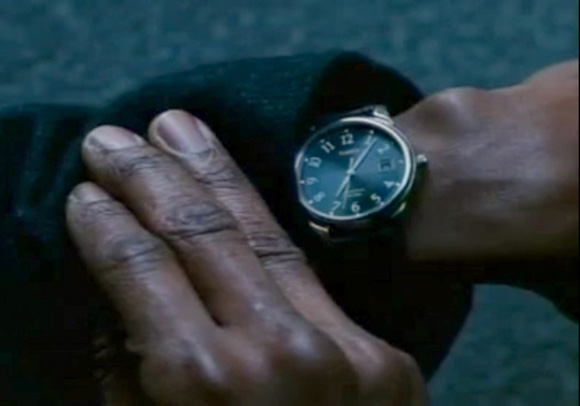 Here is a try to keep peace in the universe. And the Hamilton Khaki King Chronograph watch was seen at the Blake Lively’s wrist. Cool watches. Even cooler then the girl is. C’est la vie! 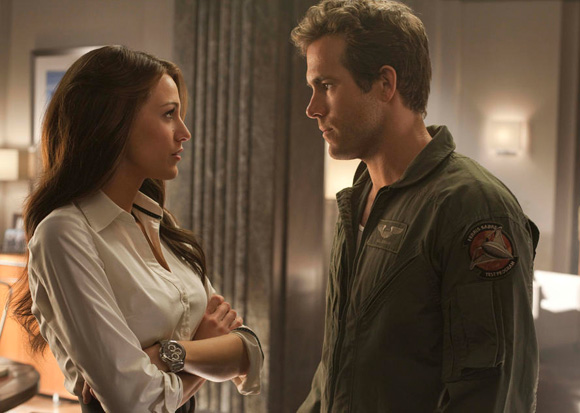 Visual effects get an “A” as usual, computer graphic is perfect! Shia LaBeouf was wearing Bulgari X-Pro watch, high-tech present from the Dylan Gold.

Godfather 2011 comes back. I’m just curious if professional crimes buy such watches as Hamilton Ventura which was spotted at Christoph Waltz in a role of Benjamin Chudnofsky. To my mind this watch is too pretentious. But who knows. 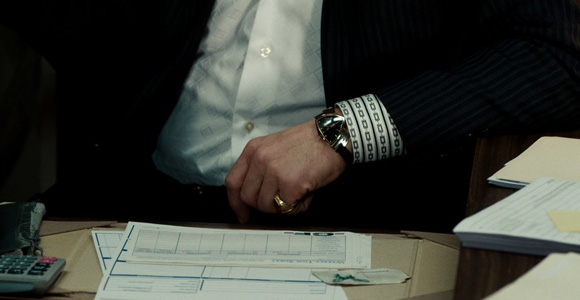 O how I wish to take only one of those super-drugs when writing articles. But this is just a movie. Nevertheless I liked it a lot. And have you remembered Robert De Niro? He wore Breguet 5197 in white gold. Classic watch for classic occasion. But exquisite a bit for a large man. 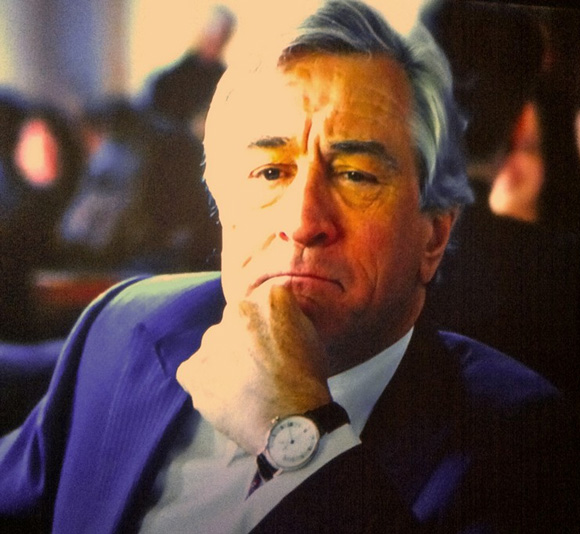 The movie about dishonorable guy with honor, who can do practically everything… accept sleeping well after only one his mistake – blaming innocent. Perfect actor for the role of Michael “Mick” Haller, the dishonorable lawyer  Matthew McConaughey wore Tag Heuer Grand Carrera.

The mechanic is a typical action movie but with interesting story about professional killer. In that movie I spotted amazing timepiece Audemars Piguet Royal Oak Alinghi. The watch was really hard to be unspotted so… Actor James Logan wore it in a role of Jorge Lara. And Jason Statham as Arthur Bishop wore another fine timepiece – Panerai PAM204. The paradox of our life also lies in the fact the teacher’s watch costs less then student’s: Audemars’s 25,500 $ vs Panerai’s 12,500 $. 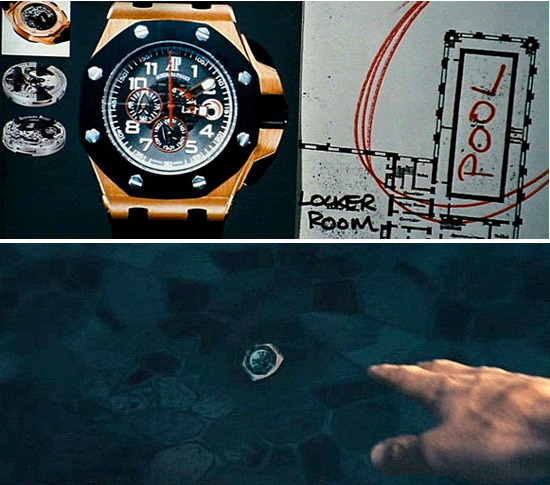 A comedy about nice alien-guy, who tried to get out of that stupid planet Earth. I bet the next question you’ll ask – do aliens wear timepieces? I haven’t seen yet. But the characters Graeme Willy and Clive Gollings wore Casio CA-53w and MTM Black Seal.

Brrr… this movie is complicated. It’s just like to see bad dream again and again and had no chance to wake up. But really the only man who can sort out the situation is a real soldier. Two watches were spotted in this movie.The primary actor Jake Gyllenhaal wore Victorinox Swiss Army Chrono Classic XLS MT. And Jeffrey Wright as Dr. Rutledge was seen with Omega Seamaster Planet Ocean on the wrist. 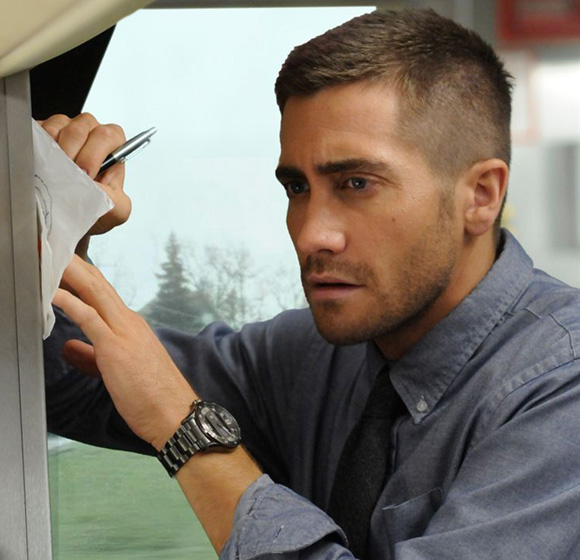 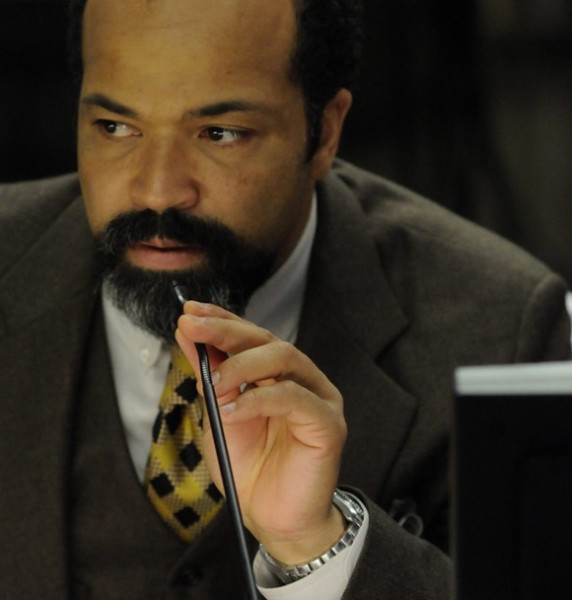 In this film Liam Neeson (Dr. Martin Harris) was playing main role. The Dr. Harris awakens from comma and finds out that somebody stolen his identity. Liam Neeson was wearing Rolex DSSD watch.

X-Men: First Class is a sequel movie of X-Men (2000). Actor James Faulkner in a role of Swiss Bank Manager wears classic Cartier. To my mind it is hard to imagine other watch brand for a bank worker. 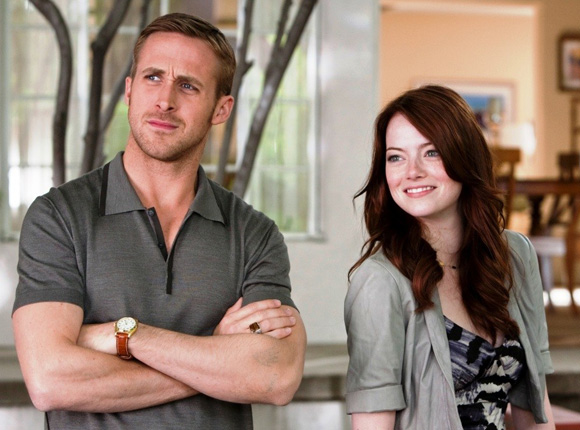 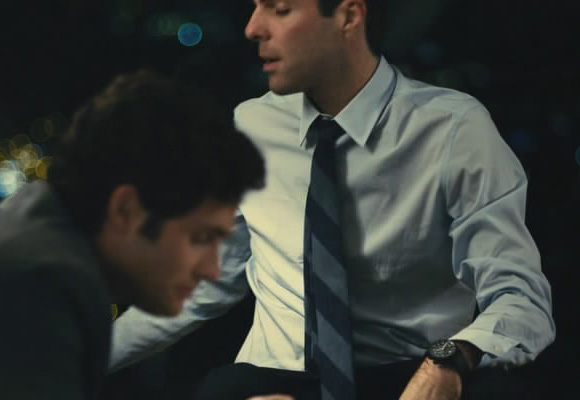 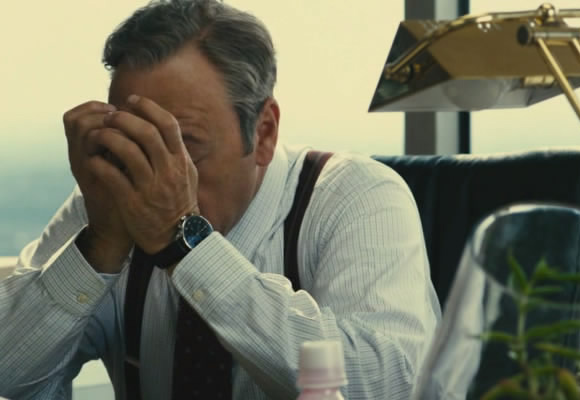 If you ask me I’ll say this is a third-rate movie. It has become an old good tradition to save the world. Every year world should be saved by some hero. Of, thank god, there are so many heroes! One of the heroes is Aaron Eckhart in a role of Staff Sgt. Michael Nantz wore Casio G-Shock GW-9000A-1 watch. Nice watch, rather useful when saving a world. Another actor from this film – Ne-Yo, was spotted wearing Casio G-Shock watch. Thus Casio became supermen watches 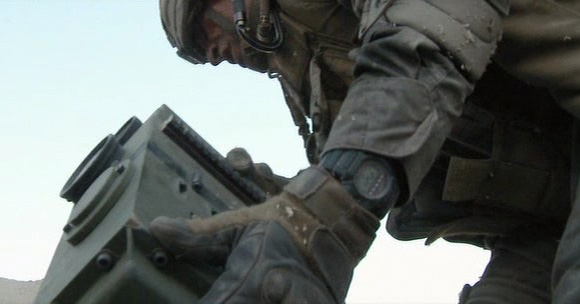 A family comedy in which Jim Carrey was seen in Rolex Submariner Two Tone timepiece. 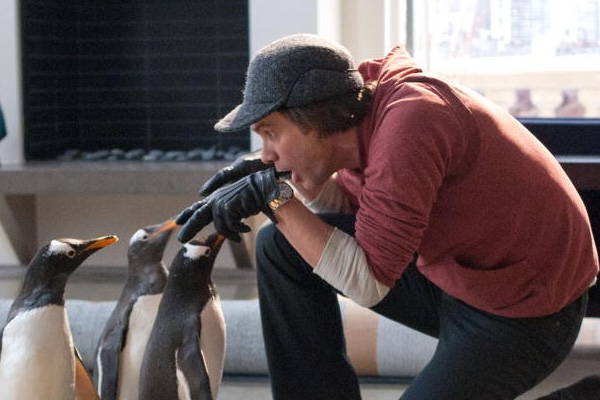 A nice comedy about tree friends and their horrible bosses. Kevin Spacey  was one of them and he worn a classic IWC Portofino watches. 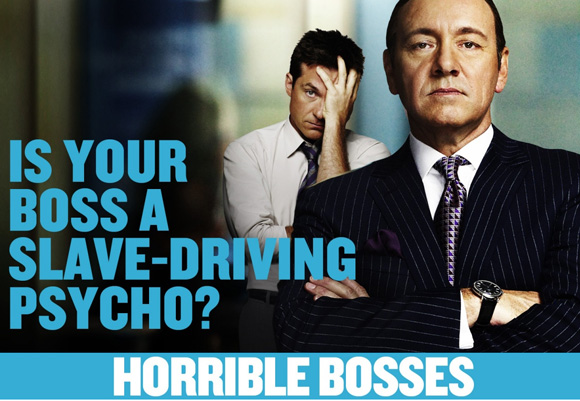 Wow, I think it’s the best film about our dreams and what can be done if we could see the dreams of other people. As you know Leonardo DiCaprio is Tag Heuer’s ambassador and in this movie he was wearing Carrera Calibre 5 Automatic watches. And Joseph Gordon-Levitt as Arthur was spotted in IWC Pilot watch. 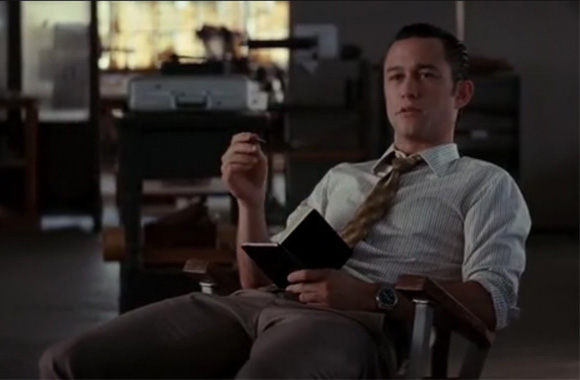 170 thousand sq miles of desert, 90 minutes of oxygen and no way out! Ryan Reynolds as Paul Conroy was fighting for his life in Hamilton Officer Auto watch. 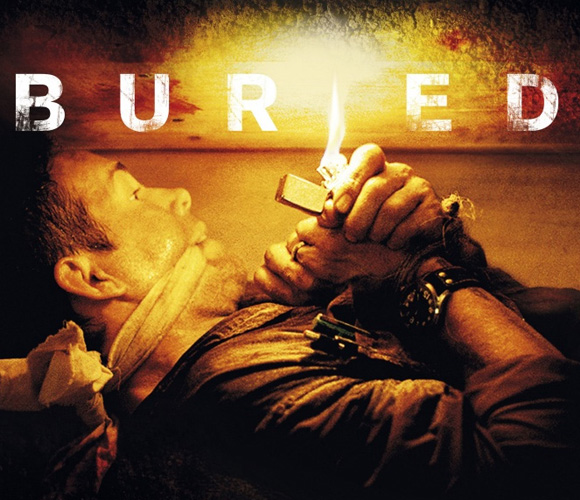 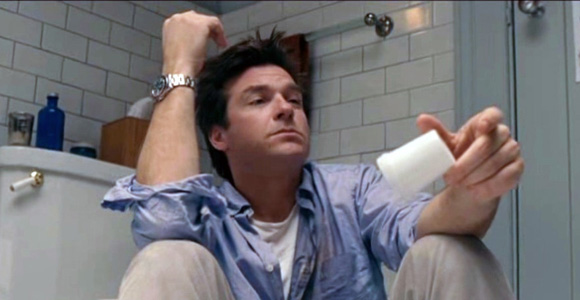 Watches in movies suddenly become one of the things I pay attention to, while watching movie.  To conclude I can reckon that the more breathtaking become movies, the more expensive become watches. But most of all I liked watch from Transformers. And what timepiece did you like the most?