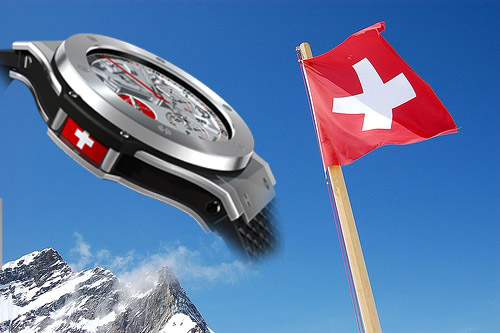 In comparison with quite negative 2009, Swiss watch exports returned to steady growth in the first half of 2010. The amount of export during this period reached 7.3 billion francs. Last year’s level was exceeded by 19.7%.

After 14 months of decline January showed optimistic results. This year recovery is the evidence of that the crisis in industry is over.

Exports of wristwatches rose in the first half-year by 20.2% to 6.8 billion francs. In six months of this year Swiss watch manufacturers exported 11.4 million timepieces. It is 1.7 million more than in 2009. The most popular in exports during the first half-year were bimetallic watches. Their value rose by 80.6%. The second by raising a value were steel and 18-carat gold timepieces. Exports of watches of the other materials rose by 29.7% and of steel – by 15.1%. Wristwatches valued at about 200 francs showed a 17.0% increase in the number of timepieces sold.

Most of the main markets of the Swiss watch industry showed positive results this year. 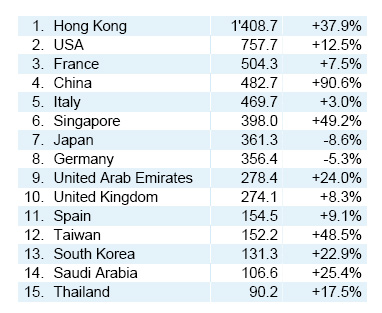 As you can see the leading destination of increased exports is Hong Kong, China, Singapore and Taiwan. These countries have many potential buyers of Swiss watch industry products. The USA has also good market that tends to recover.

Experts say that Swiss watch industry which came over the crisis has many optimistic perspectives this and in following years.