on: Aug 07, 2011In: Celebrities and FashionNo Comments 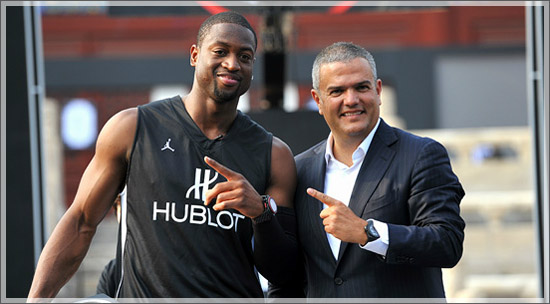 The timepiece was presented in the heart of the Forbidden City, in Beijing during the 1 Million RMB Basketball Chinese Charity Challenge. For Wade the challenge meant to score a maximum number of baskets each corresponding to a sum of money ($50K, $100K etc.) and raise funds for the One Foundation organization. The proceeds were on behalf of Hublot and Wade’s World Foundation. 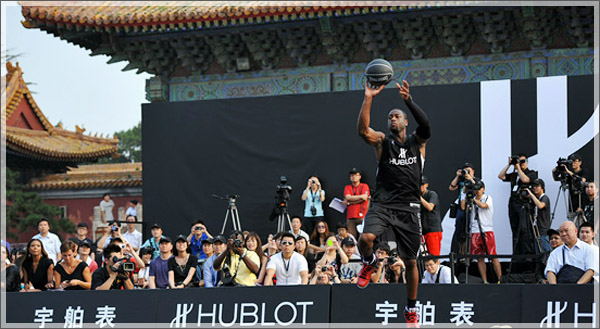 The brand new King Power Dwyane Wade Watch comes in 48mm wide black ceramic King Power case. By the way, the timepiece is limited only to 500 pieces. The leather wrist strap of the watch is covered with the basketball net stitching and the vibrant red accents are used in honour of Wade’s basketball team-the Miami Heat. Number 3 on the watch is also enlarged because of Dwyane Wade’s shirt number. Being a devout Christian, Dwyane chose number 3, which represents the Holy Trinity. 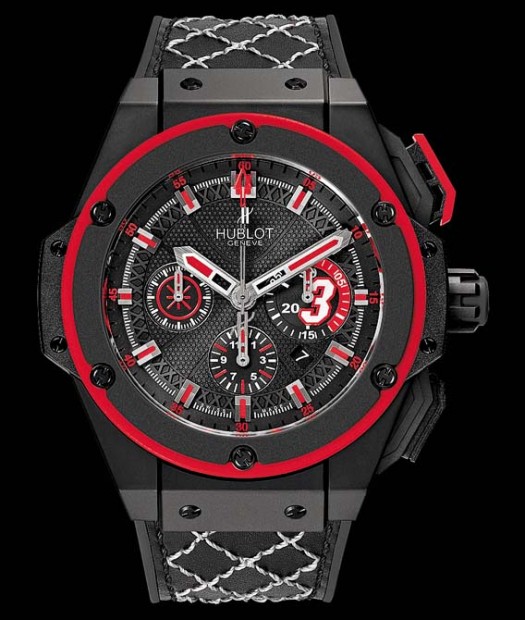 In fact, 10% of his regular income goes to a church in Chicago. The King Power Dwyane Wade watch is powered by HUB 4100 chronograph which is self-winding and allows a 42 hour power reserve. The watch comes under the reference number 703.CI.1123.VR.DWD11, crafted on its black rubber strap.

The retail price of the Hublot King Power Dwyane Wade watch will be $20,000. 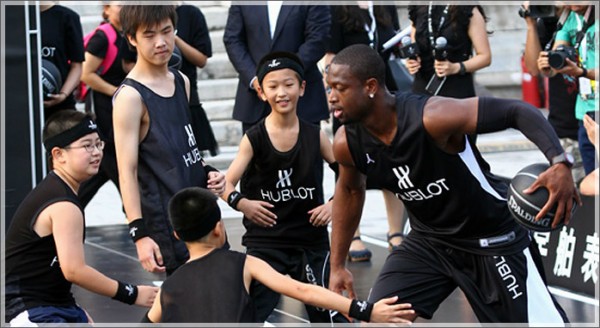 All in all, the event went well and the atmosphere there was fantastic. Dwyane Wade himself confessed that he was happy to participate and would never shy away from a challenge which brings positive changes to a charity.