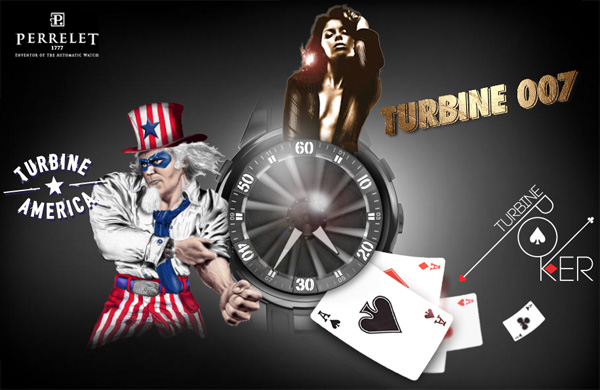 All of them boast a DLC coated stainless steel case, double AR-coated crystal sapphires, water-resistance up to 50 meters and an exclusive to the brand movement, the Swiss automatic Perrelet caliber P-181 with double rotor. While the Perrelet Turbine Poker’s and Perrelet Turbine 007’s case size measures 44mm x 12.5mm, the Perrelet Turbine America has 50mm x 14.3mm in it.

Speaking of the style and ideas reconstructed in these Perrelet Turbine watches, it’s better to consider them separately.

As for the Perrelet Turbine Poker watch, they embody the game of poker with its rules. Colorful cards in a riddle style invite us to play the renown game with friends and relatives. The cards spread around the dial play hide-and-seek and as the wrist constantly rotates it’s hard to see the deal. This watch giveas a chance to reinvent poker by getting friends to guess or bet, keeping them in suspense until the rotation stops. 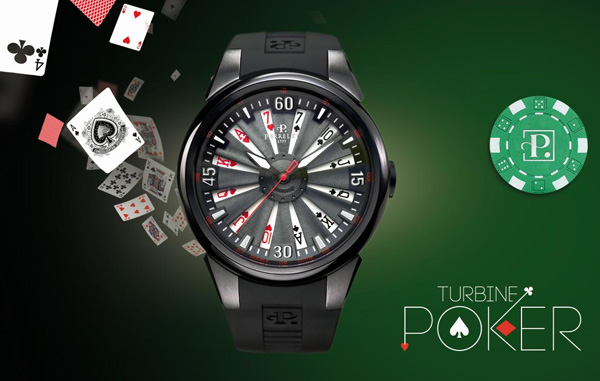 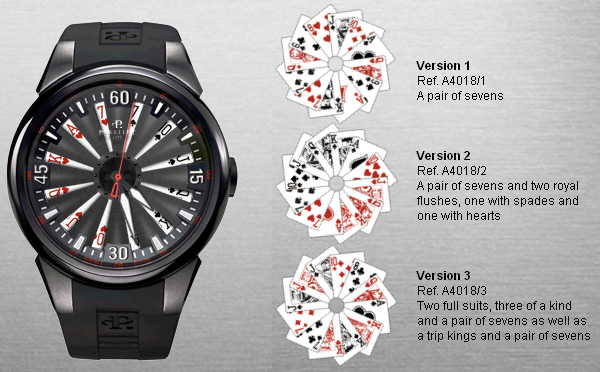 The Perrelet Turbine America watch uses the deconstruction of the American flag, which resulted into proper shapes, amazing graphics and outstanding icons of comic book images. The spotlight is set by figures in star-and-striped clothing and pin-ups with bright skirts. The 12-blade wheel, being the Turbine collection’s signature, reveals the red and white stripes of the American flag while rotating. 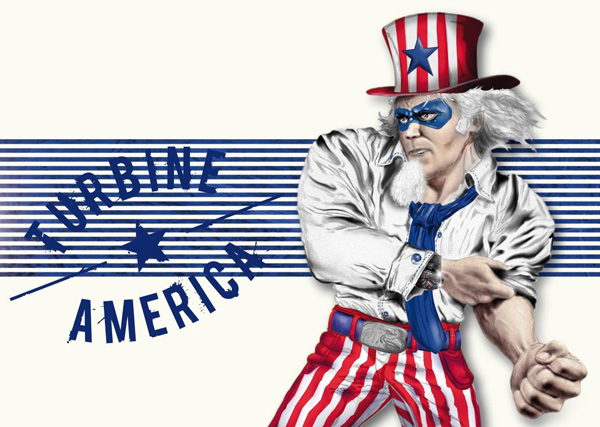 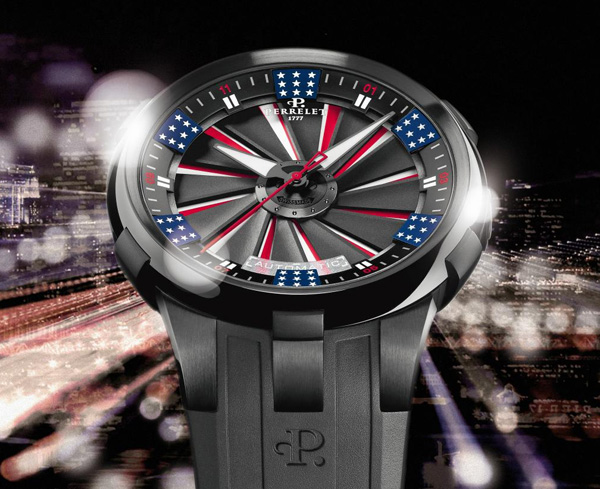 The colors twirl and present a wild dance, forming various random figures. It all depends on the speed, so it’s hard to get an identical manner. The right optical effect is achieved by blue squares of white stars. Being divided into groups of eight or nine, they total fifty, which is the exact number of stars on the American’s flag.

Perhaps, the wealthiest and most passionately looking watch of Turbine series is the Perrelet Turbine 007 watch. Its idea lies in the famous spy movie “James Bond”. The watch is richly colored with glittery gold, starting from the golden ingots on the lower dial and up to a solid gold ring in the center. 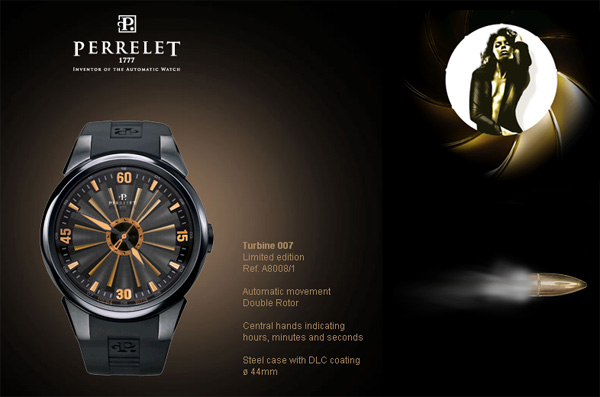 The glow of the numerals, hands and hour-markers creates a strong shimmering, which results into chic and rosy tones. The effect looks especially beautiful on the dark background. To work this magic simply move your wrist and the turbine immediately starts its action. Depending on how fast it rotates, the shades of gold sparkle between the blades producing numerous mirages. To take part in such captivating secret espionage is truly delightful.