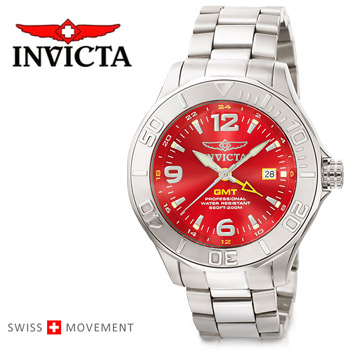 Invicta Watches have a very interesting brand history. The company origin is still a mystery for many people. As well as the origin of product components and the brand name itself. In this article our watch experts are ready to open all the secrets for you.

Firstly, some words about the brand name meaning. Invicta means “invincible” in Latin. But the history proved the contrary.

Swiss watches have been highly prized in many parts of the world, and Invicta watches capitalized in that popularity. Nevertheless the Invicta brand name was lesser known than well established Swiss watch makers for more than a century. And “quartz invasion” of the 1970s or simply electronic watches like Casio and Timex pushed Invicta watches out of popularity. So Invicta watches practically disappeared from the market.

The Picard family owned and operated the company until 1991. In 1991 the company was purchased by a United States-based investment company. The corporate headquarters were relocated to Hollywood, Florida, where the company also operates its service call center and repair facilities. Eyal Lalo, a third-generation watchmaker, is the CEO of the company and frequently appears on televised ShopNBC programs.

In 1991 new management took over manufacturing and continued to market watches under the Invicta banner. Apart from the Invicta brand, the Invicta Watch Group is also responsible for the S. Coifman, Potger-Pietri, Activa, Brizo, Cacciato & Joss, Pastorelli and Technica lines.

Upon moving primary operations from Switzerland, Invicta has continued to design watches, but has outsourced manufacturing to third parties in Switzerland and the Far East. Thus the Invicta watches are assembled on several continents, in whatever location brings back the best return on their investment dollar.

Some 100% Swiss-made watches are still available, but marketing has a tendency to confuse people what watches are made in Swiss factories and which watches are assembled by lesser skilled laborers in far eastern countries. Far East watches are labeled with the country of origin of their movement. At the same time Invicta is developing its own proprietary movements upon the purchase of Technica Swiss Ebauche Microtenique.

Some words about the Invicta watch design. Many Invicta watches, including the company’s more popular Invicta Pro Diver series, borrow heavily from Rolex Submariner’s and Omega Seamaster‘s design.  The Lupah is one of Invicta’s new models of tank (rectangular shaped) chronographs that is targeted towards younger buyers and so available in 196,560 optional variations of dial color and strap types. 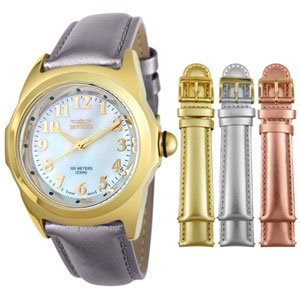 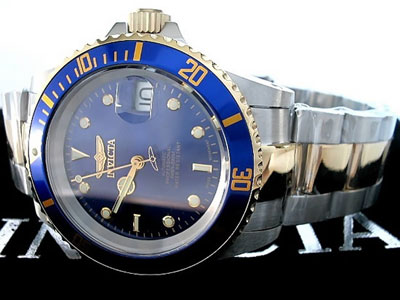 To conclude, we can say that the Invicta Swiss watches’ philosophy is to price, made with top-quality components, within the reach of average buyers, and not only the affluent.

With the purpose of sales surging Invicta Watch Group uses cutting-edge technology and the best possible materials to make their watches, including anti-reflective sapphire crystals.

It’s wide product lines have something to please everyone. The Angel, Pro Diver, and Elite lines are some of Invicta Watch Group’s most popular. Moreover the Invicta Group produces other products besides watches including hats and bags. 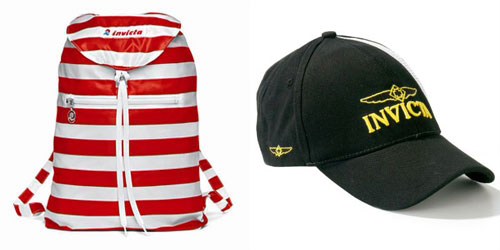