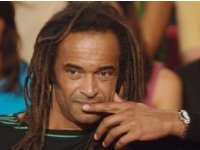 Yannick has always given preference to Ebel watches to wear during his sports activities, as well as in everyday life. The sportsman has recently displayed great interest in timepieces entering the brand’s latest watch line developed exclusively for men – 1911BTR. This time his choice fell on the Ebel 1911 BTR Chronograph. The watch sports vibrant yellow hands and strap stitching of the same color. The model is housed in a rugged stainless steel case featuring black rubber push-buttons and crown. The black dial of the timepiece sports 11 manually-applied Superluminova hour-markers.

In the heart of the Ebel 1911 BTR Chronograph there beats the brand’s proprietary Caliber 137. This is a Swiss-manufactured automatic chronograph movement. The reliability of the mechanism is guaranteed by the COSC chronometer-certification. The movement incorporates the Architects of Time oscillating weight , Ebel’s signature featured by men’s watches powered by its ‘in-house’ movements.

Ebel’s official representatives presented Yannick Noah with the 1911 BTR Chronograph in Paris. The sportsman was really pleased to welcome the brand’s representatives and receive the highly-appreciated timepiece.

Over the years, Ebel has supported the champion throughout his brilliant career in the world of sports. Yannick Noah has earned 20 remarkable titles. The first Noah’s notable victory was in 1982 at the Monte Carlo tournament when he played with an Ebel Sport Classic on his wrist. It was followed by the victory inthe French Open at Roland Garros in 1983. Yannick Noah became the first French sportsman to achieve such a feat in a decade. In 1991, the tennis player won the most prestigious Davis Cup as the French team’s coach. Ebel acted as the competition’s official timekeeper.

Yannick Noahan has built a distinguished career not only as a tennis player but also as a singer. His bright personality has always been overwhelmed by competitive spirit and deep respect for the competition perfectly corresponding to the Ebel philosophy. Noah radiates a natural charm and maintains social and ethical commitment. The prominent sportsman has been promoting the ideals based on tolerance and broad-mindedness. He has been rightfully recognized for his sports and artistic merits.

Ebel-Yannick Noah 25-year old friendship is based upon mutual respect and shared values and will no doubt last a lifetime.