Sylvester Stallone Faces Penalty of $ 9,870 in Fines and Court Costs

on: May 22, 2007In: Celebrities and FashionNo Comments 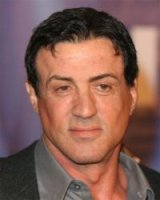 Sylvester Stallone was convicted on May 21of importing unauthorized muscle-building hormones into Australia. The actor will have to cover over $ 9,870 in fines and prosecution costs.

The Hollywood star did not have a valid prescription for human growth hormone vials found in his luggage when he arrived in Australia for a promotional tour in February. For some reason the actor did not declare the male hormone testosterone for which he had a valid prescription. Stallone, who did not come to court, pleaded guilty last week.

During the search of the actor’s luggage customs officers found 48 vials of Jintropin, the human growth hormone. When customs officials arrived to search his Sydney hotel room three days later, Stallone wanted to get rid of four vials of testosterone.

Human growth hormone that is usually used for building muscle mass, is found on the list of a performance enhancing drug in Australia. To import this hormone, it is necessary to get a special permit from the Australian national drug regulator.

According to Stallone’s lawyer, the actor took the hormones for some medical reasons that is why his criminal conviction must be overturned. As for the prosecutors, they emphasized that when Stallone threw the hormone from his hotel room, he demonstrated a ‘consciousness of guilt’. Prosecution documents proved to the court that Stallone had marked ‘No’ on a customs declaration card that asked whether he brought into Australia any restricted or prohibited goods.

The maximum penalty one can face for bringing Jintropin into the country without a permit is a fine of $91,500 and five years in prison. But Stallone was imposed a maximum penalty of $18,000 on every of the two charges . The penalty did not include prison time as the matter was heard not in a federal but a local court. The case was given much publicity, as a clear warning to everyone that no one is above the law and such behavior would be strictly prosecuted.

During his visit to the country, Sylvester Stallone seemed to have ignored the airport incident. The actor told the reporters it was just a matter of misunderstanding he did not understand some of the regulations concerning the hormones.