on: Apr 20, 2007In: Celebrities and FashionNo Comments 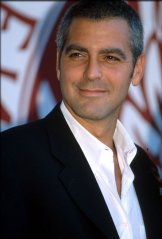 In March, 2007 the prestigious Omega watchmaking company has announced George Clooney to become its new international ambassador. The world-renowned American actor together with Omega, the leading Swiss producer of timepieces, famed for utmost precision, innovative spirit and excellent performance, signed the partnership agreement. The Oscar-winning actor and director will take an active part in Omega’s promotional campaign worldwide, except the United States and Canada.

Stephen Urquhart, President of the Omega brand, expressed his delight on George Clooney joining other ambassador members of the Omega family. The choice of the company is well-explained – George Clooney ideally fits for the role of the brand’s representative – he has built a brilliant career of an actor and film director. While making important professional decisions, the new Omega ambassador has been often led by passion and dedication to the art of film-making. Mr. Clooney, being a person of a pioneering spirit, has also been actively involved in a number of humanitarian issues. 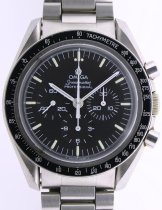 George Clooney himself, tells an amazing story of his first acquaintance with an Omega creation. He received an Omega watch as a gift from his uncle in 1969. It was his first timepiece and Clooney felt really proud to own such a great timekeeping companion – the same year the legendary Omega Speedmaster Professional Chronograph, later nicknamed into the ‘Moon Watch’, accompanied the Apollo 11 crew during the first walk on the Moon. In fact, the Omega watch was the only timekeeper among 12 watches developed by other brands to pass the strictest test of NASA. The actor considers Omega timepieces to be synonymous to class and prestige and feels honored to join the Omega family.

The career of George Clooney has been highlighted by superb versatility – he reached remarkable results as an actor, writer, director and producer. Mr. Clooney was awarded an Oscar in 2006 for his excellent performance in ‘Syriana’. He was also nominated as director and writer for ‘Good Night and Good Luck’. The actor has received an honorable Golden Globe Award for two times – first time for his role in ‘O Brother, Where Art Thou?’ and then as the best supporting actor in ‘Syriana’.

George Clooney has also received a prestigious ‘Best Screenplay’ award for ‘Good Night, and Good Luck’ at the Venice Film Festival. His remarkable contribution into the field of entertainment and motion pictures was marked by the American Cinematheque Award received in October 2006. It is also worth mentioning that his personal charm brought Clooney the title of ‘Sexiest Man Alive’.