Milla Jovovich is a new face of Jacob and Co.

on: Apr 05, 2011In: Celebrities and FashionNo Comments 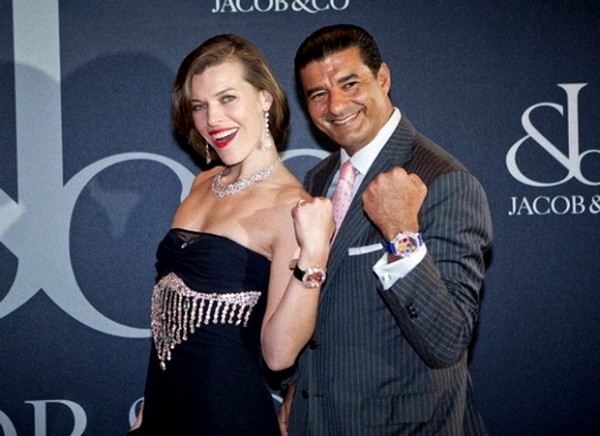 The last Baselworld 2011 was marked by not just a numerous great watches models and novelties, but also by a quantity of star persons, who represented them. This year Jacob & Co, the famous maker of deluxe watches and jewelry with diamonds, took an interesting solution to make Milla Jovovich a new face and ambassador of Jacob & Co.

Jacob & Co has successful 25 years’ history, it`s products are commonly known for their luxury, originality and rich styling. The most known among them are watches “five time zone”. At the exhibition Jacob & Co booth was stylized as a philosophy of numerous time zones, and each beautiful model indicated an individual ethnic group or city: London, Moscow, Dubai, Hong Kong and New York.

This news was published within a cocktail reception of the annual tradeshow in Switzerland. Jacob Arabo, the founder of Jacob & Co, hand by hand with Milla Jovovich, have appeared on the red carpet and reported about new cooperation within a brand. Jacob emphasized the importance of new solution for the company, he said that Milla is exactly “The Jacob Girl”, and “she is a sophisticated world traveler, self accomplished and exudes an assertive feminine personality;  lastly, she is absolutely gorgeous!”